Till not long ago, Suresh Raina was a permanent member of the Indian ODI and T20 squad. But, his axe for the one-dayers in Australia is proof of the fact that he is no longer an indispensable part of the team in the one-dayers

Till not long ago, Suresh Raina was a permanent member of the Indian ODI and T20 squad. But, his axe for the one-dayers in Australia is proof of the fact that he is no longer an indispensable part of the team in the one-dayers. The left-hander had a torrid time against the South Africans (3, 0, 0, 53 and 12). He was completely at sea against both spin and pace, but for that one half-century. It became difficult to ignore Raina’s failings since he failed to register a fifty even in previous series against Bangladesh, which India lost, although he came close on all three occasions. India expected better considering his experience.

More than the lack of runs, it has been the manner in which Raina has got out that has been most disappointing. Unlike during his early years, he did not come in just to deliver the final blows. On many occasions, Raina was at the crease with India having lost early wickets. He had time to build and innings, and go on to register a big score. Instead, he preferred to go for the big hits right from the word go, and had to pay the penalty for the same. For someone as experienced as Raina, he ought to have shown more patience. 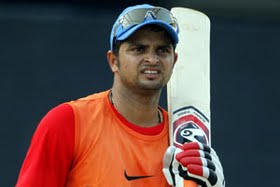 Although he has played 200 plus games for the country, and has over 5500 runs to his name, Raina’s consistency has been a problem for a while now. In fact, throughout his career there were numerous occasions when he was on the verge of being dropped, but held on to his place in the side. The South Africa series really tested the selectors’ patience, and hence they have decided to look beyond him at least for the time being. While this is a setback for sure for Raina, he should try and learn from his mistakes and improvise.

At 29, Raina has age on his side. Also, it is difficult to see him being dropped from the T20s, in which he remains dangerous as he offers a complete package. He can get the big hits, is a useful off spinner and of course, nothing much needs to be said about his fielding. Being in the T20 squad, he will definitely get an opportunity to fight for his place in the one-day team. In case he shines in the T20s, it will be difficult for the selectors to ignore him for long, especially knowing what a dangerous customer he can be when in form.

The best of players go through a down phase during their sporting careers. Raina has also hit a roadblock. And, if he wants to look at the positive side of things, he can tell himself that it was taken nearly 200 games for him to find that path which no sportsman wants to tread on. Like the battle between bat and ball, this is another challenge for Raina, perhaps a bigger one. Is he strong enough to recover from the setback? We will soon know.