A hilarious reaction was witnessed on Twitter after a proposal for a bilateral Test series was proposed by the ECB between India and Pakistan.

The official Twitter account of the England and Wales Cricket Board (ECB) tweeted an offer to host the series between the arch-rivals to revive the long-awaited bilateral. The two Asian cricket giants have remained confined to just global and Asia Cup tournaments amid political tensions. The last bilateral series between the two was held in 2012 for ODIs and T20Is. The two teams last played bilateral Tests in 2007.

Media reports reveal the idea was coined by ECB Deputy Chair Martin Darlow and was floated to the Pakistan Cricket Board (PCB) Chairperson Ramiz Raja amid the ongoing T20I series between England and Pakistan. 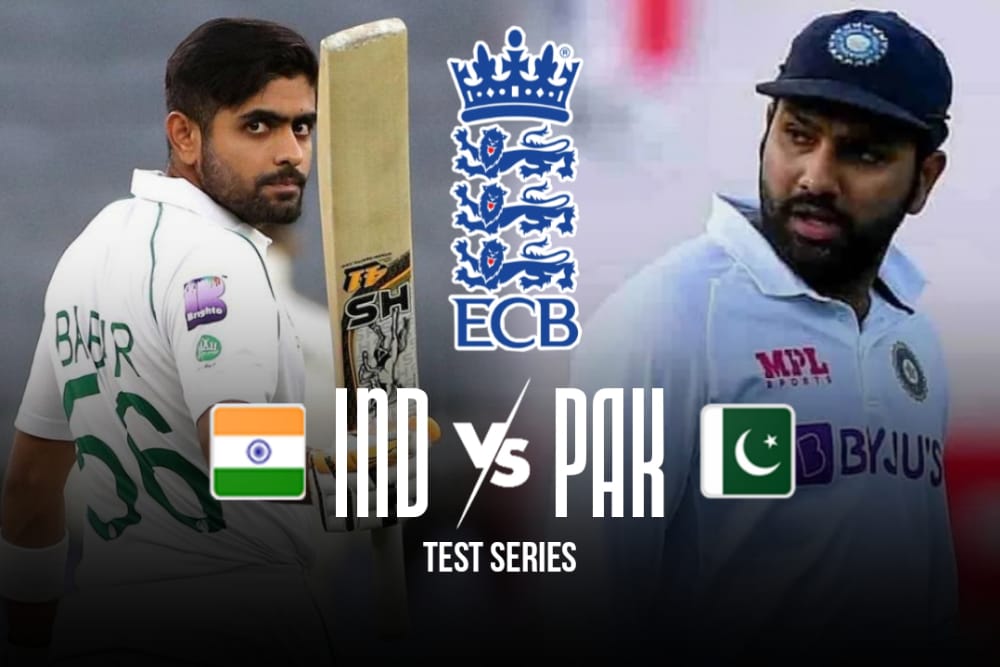 Fans have started relishing the prospect and Iceland Cricket simultaneously has come up with a counter-proposal to PCB, taking a dig at the weather conditions of England. The tweet of Iceland Cricket read, “We hear @ECB_cricket have offered to host a Test series between India and Pakistan. We officially announce to @ICC that we are also offering to do the same & can provide near 24-hour daylight in June and July, as well as better Tweets covering the matches. Sniper security too.”

A step ahead, another tweet suggested the unveiling of the Volcanic Ashes trophy in which three-Test series could be played between the two nations. Netizens were split and one proposed to throw axes to decide the winner if the series ends up in a draw as it was done in 2020 following the Covid-19 lockdown amid a European series. The event was held inside the doors.

Iceland Cricket responded that they are not suggesting new rules, but someone has to take home the inaugural Volcanic Ashes trophy even if the series ends up in a draw.

However, the latest update reveals the PCB has put down the proposal of a bilateral series with India at a neutral venue and thanked ECB for the offer to facilitate a three-Test series at English stadiums in the future.

Press Trust of India (PTI) cited a source that claimed the BCCI laughed at the proposal stating there is no possibility of bilateral series with Pakistan for at least a couple of years from now.

A senior BCCI official said the offer of the Indo-Pak series is a bit weird as the decision is under the control of the Indian government due to political tensions and not in the custody of the board. Currently, the two nations play only at multi-team events.

The two Asian cricket giants last met in a multi-team event at the Asia Cup and the upcoming is during the ICC Men's T20 World Cup that is scheduled to be held in October and November in Australia.

Meanwhile, amid the political tensions between India and Pakistan, fans of both teams are waiting for the October 23 match between the two sides at the Melbourne Cricket Ground in Melbourne.