Preview: Injury worries for Pakistan, England ahead of first Test

PAK vs ENG 1st Test Preview, Live score: There is bad news for both Pakistan and England in the build-up to the first Test to be played at Abu Dhabi beginning on Tuesday

There is bad news for both Pakistan and England in the build-up to the first Test to be played at Abu Dhabi beginning on Tuesday. For Pakistan, one of their most consistent batsmen and one-day skipper Azhar Ali has been ruled out of the opening Test. He suffered a toe injury during the series against Zimbabwe recently and hasn’t trained since picking up that injury. A bigger worry will be the back spasms which their key bowler Yasir Shah is suffering from. A decision on the leg-spinner would be taken on the morning of the match and, in case, he is ruled out, it will be a massive blow for Misbah-ul-Haq.

England, on the other hand, has injury issues of their own, although not as major. Steven Finn has been ruled out of the first match having picked up a bone stress injury on his left foot. Finn claimed four wickets in the second warm-up match and was in contention to claim the fourth seamer’s slot, with James Anderson, Stuart Broad and Ben Stokes occupying the first three. If in case, England still decide to go in with a four-pronged pace attack, Mark Wood should claim the fourth seamer’s slot. 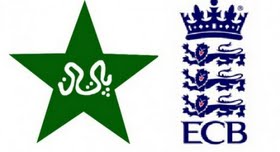 The last time these two teams met in a Test series was back in 2012, also in UAE, and England were whitewashed 3-0 back then. Spin was England’s undoing in the series. Saeed Ajmal and Abdul Rehman ran through the England batting in all three Test matches. A lot has changed since. Ajmal has been forced out due to his bowling action issues while Rahman failed to build on the solid foundation his career had been given three years back. England will still have to contend with Yasir. If fit, he can be a handful. Zulfiqar Babar is also a handy spin bowler.

England’s batting against spin might yet again decide the fate of the series. They have massive worries at the top with Adam Lyth failing to grab his many chances during the Ashes. Alex Hales has been called in, but there aren’t strong chances of him playing. In fact, there are reports that England might move Moeen Ali up the order to open with Alastair Cook. The England skipper will have a key role to play, along with the other experienced batsmen like Ian Bell and Joe Root. James Taylor could also have an important job in the store.

With Azhar Ali ruled out, either Fawad Alam or Shoaib Malik are likely to get a chance in the playing eleven. On current form, Malik could be given the slot left vacant due to Ali’s injury. His spin bowling is an added asset. Pakistan’s batting looks strong with veterans Younis Khan and Misbah still delivering the goods, and Ahmed Shehzad and Shan Masood in good form at the top of the innings. Left-arm pacer Wahab Riaz will be the leader of the pace attack, and he will seek support from Imran Khan and Rahat Ali.