Australia simply were too weak against the quality spin attack of Pakistan to lose the Super Eights contest by a massive margin of 32 runs despite chasing a modest target of 150.

Australia simply were too weak against the quality spin attack of Pakistan to lose the Super Eights contest by a massive margin of 32 runs despite chasing a modest target of 150. Australia though managed to sneak past 112 which was their target to qualify for the Semi Finals. No doubt it is a big win for Pakistan but they will have to wait for the result of the India-South Africa match. Should India lose, then Pakistan will make it to the Semis. 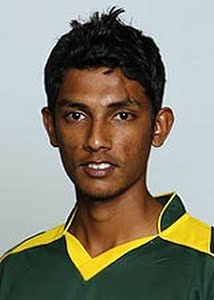 Pakistan’s job was half done when they got the dangerous Shane Watson and David Warner out cheaply with the score going nowhere at 19 for 2. By the 10th over when Skipper George Bailey got out, Australia were stuck at 44 for 3! Michael Hussey was the only batsman looking good, and all he could do was to steer the Aussies past 112. Hussey scored 54* from 47 balls with 4 fours and a six in a losing cause.

The spinners for Pakistan bowled as many as 18 of the 20 overs in the Aussie innings! Raza Hasan, the left-arm spinner got the Man of the Match for his 4-0-14-2. Saeed Ajmal was unplayable as usual, this time he claimed 3 for 17 in 4 overs.

Pakistan Innings: Pakistan at 149 for 6 are a few runs short of what would have been a par total. They will have to bowl really well to win this match as the asking rate is not that high for the Aussies.

The first six overs will be crucial for Australia. They would like to get off to a flier so that there will be not be much pressure on them when Saeed Ajmal is introduced.If Australia win this, they would face West Indies in the Semis. Pakistan if they win will be sitting pretty for the Semis and then hope for India to lose against South Africa.

It was absolutely slow going for Pakistan and with the openers perishing quite early, the pressure was on the pair of Nasir Jamshed and Kamran Akmal to build the innings from scratch at 29 for 2 in 5.4 overs. The left and right hand combination did a fine job taking Pakistan past 100 but got out in quick succession leaving the team in slight bit of trouble at 108 for 4. Jamshed, who was dropped early at slip off Starc, went onto score a lovely 55 (from 46 balls with 4 fours and 2 sixes). Kamran Akmal scored 32 from 26 balls (with a four and a six).

Pakistan finished in the end with 149 on the board with Abdul Razzaq scoring 22 (from 17 balls). Umar Akmal couldn’t do much damage and was left stranded on 9* (from 8 balls).

Toss and Teams: Australia have won the toss and asked Pakistan to bat first in the Super Eights Match at the R Premadasa Stadium in Colombo. Pakistan will have to win this match to keep their hopes alive for making it to the Semi Finals. Australia with already two wins are almost into the Semis whether they win or lose this match.

Pakistan have made one change with the experienced Abdul Razzaq replacing Yasir Arafat. Australia have retained the same side that played against South Africa.