SA vs ENG 3rd ODI Preview, Live Score: These are not great times for South African cricket. After being outdone in the Tests at home by England, they now face the prospect of going down to the same team in the one-dayers.

These are not great times for South African cricket. After being outdone in the Tests at home by England, they now face the prospect of going down to the same team in the one-dayers. Although, it seems very difficult for the hosts to win the series from here even if they clinch a victory at Centurion, South Africa would be desperate to stay alive with a win on Tuesday. From there, they can take it one game at a time. For that though, they need to find the missing winning formula. As for England, they would just like to carry on with their winning ways. In all aspects of the game so far, they have been better that the Proteas, and they would not like that to change. 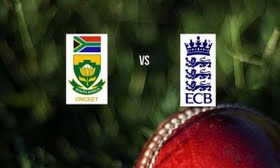 If in the first match the bowlers left the batsmen with too much to do, and old nemesis, rain, compounded their misery, South Africa lost at Port Elizabeth clearly because their batsmen did not put up enough runs on the board. AB de Villiers got back among the runs with a patient half-century, but the knock took South Africa nowhere near a match-winning total. His return to form though is a definite big plus. The Proteas would need more out of the likes of Rilee Rossouw and JP Duminy. Come to think of it, Quinton de Kock, Hashim Amla and now, even Faf du Plessis, all are in form. So things are not that bad for the hosts. They just need to get things in order.

The news is not so healthy in the bowling department. Apart from the experienced Morne Morkel, no one has really looked in great form. They definitely need to show improvements in that aspect. Both Kagiso Rabada and Kyle Abbott are much better than the kind of performances they have put up thus far. Leggie Imran Tahir too will need to pull his socks up. The England batting, and Jos Buttler in particular, has taken a liking to him, and the bowler hasn't found answers. The fifth bowler has also proved to be a weak link for the hosts, with Farhaan Behardien and JP Duminy going for quite a few.

In contrast, England have done most things right, especially in the batting department. In the first ODI, they literally crushed the South African bowling with their batting exploits while, at Port Elizabeth, their batting was good enough to push the team towards an easy win. Butler has been in unstoppable form so far, and he could get another promotion in case the situation demands. South Africa cannot think of winning without finding a solution to the Buttler problem. Putting behind his batting failures, Alex Hales has proved to be solid at the top of the order. Their overall batting has been impressive, and England would be keen to carry on.

England's bowling too has proved to be much more potent in comparison to South Africa's. Reece Topley stood out with his four wickets in the previous match, as South Africa crumbled under pressure. David Willey and Ben Stokes provided good support, keeping things tight even when not getting wickets. The one major difference between the sides, undoubtedly, has been the quality of spin bowling. Adil Rashid and Moeen Ali have proved to be far more potent than Tahir and co. With so much going for them, England would be confident of clinching the series at Centurion. Can South Africa find a way to stop the English juggernaut?