IPL 2016: Bangalore's bowlers finally came to the party against Delhi

With the teams bunched in the middle of the points table, the final league match between Royal Challengers Bangalore and Delhi Daredevils was to decide not only the fate of the two teams, but of a few others as well.

With the teams bunched in the middle of the points table, the final league match between Royal Challengers Bangalore and Delhi Daredevils was to decide not only the fate of the two teams, but of a few others as well. For the two teams slugging it out at Raipur though, things were pretty clear and straightforward forward, in a sense -- win and progress and lose or get eliminated. Both Delhi and Bangalore went into the match with wins under their belt. But, Bangalore definitely had the adrenalin rush thanks to Virat Kohli, and that surged on the same.

The most pleasing aspect of Bangalore's performance in the match was the fact that their bowlers finally rose to the challenge. All through the tournament, the batsmen had kept the team alive. But, at Raipur, with the wicket offering assistance, RCB's bowlers came up with the performance that made the difference. Yuzvendra Chahal did not spin the ball much, but he was still the most efficient, with three wickets. Chris Gayle also chipped in with two scalps while Sreenath Aravind and Shane Watson kept things tight.

With only 139 to get to make it to the final four, Bangalore would have fancied their chances. But, the early losses of Gayle and de Villiers put the team in severe trouble. A lot again depended on the shoulders of Kohli, and the skipper did not disappoint yet again. Although in prime form, he played according to the situation not going for the big shots, and instead rotating the strike, only finding the boundaries when the ball was there to be hit. It was an innings that was played completely according to the demand of the situation. Kohli's third wicket partnership with Lokesh Rahul was also crucial in putting the pressure back on Delhi.

Delhi lost because they could not put up enough runs on the board first, and then could not maintain the pressure after having the opposition in trouble while bowling. A look at Delhi's batting, and it will be easy to figure out that it was only Quinton de Kock who lived up to the challenge. Rishabh Pant, Sanju Samson, and last game hero Karun Nair all struggled with the bat. The decision to bring in Sam Billings for JP Duminy was a big risk, which did not pay off. Chris Morris came in and hit a few big ones. But, he batted way too low to make much of an impact. 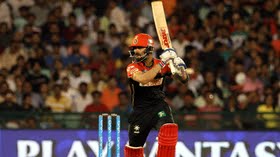 One of the reasons Delhi found themselves in a do-or-die situation going into the last game was because their team selection in the second-half of the tournament has been questionable. The decision to rest key players even as the team was looking to cement a place in the last four backfired. Injury to key players, including Zaheer did not help their cause. Their overall inconsistency did them in at the end. Pawan Negi, the richest Indian at the auction, was a massive disaster in the tournament. That says it all.