Australia tour will be a do-or-die series for Dhoni

India may not be playing any Tests during their Australia, but MS Dhoni will still be under intense pressure to prove his worth both as captain and batsman

India may not be playing any Tests during their Australia, but MS Dhoni will still be under intense pressure to prove his worth both as captain and batsman. Ever since taking over as leader in 2007, this will be the first time that Dhoni will be under real threat for his place in the shorter over formats. Until now, it was his performance as leader and player in the longer formats that was being questioned following constant failures in both departments. But, recent results in ODIs and T20s mean the series in Australia could very well be a make or break one for Dhoni.

The results just haven’t come for Dhoni the way they should have in the last year and a half. After a poor time in the Tests in England, they managed to win the one-dayers 3-1. However, they again failed in the Test matches in Australia, and this was followed by the disastrous performance in the tri-series featuring England. Dhoni retired from Tests mid-way through the series, which did not help matters. India lost all the matches in the tri-series, and Dhoni failed to register a single good score. 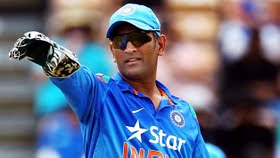 India fought back exceptionally well in the World Cup, making it to the semis, where they came unstuck against the Aussies, the eventual world champions. Dhoni himself had a reasonable series, scoring a crucial unbeaten 45 against West Indies, 85 against Zimbabwe and a hard fought 65 against Australia in the losing semi-final at Sydney. Looking at Dhoni’s recent results as batsman and keeper as a whole over the last 15 months, it would seem unfair to point fingers at the Indian ODI and T20 captain. But, this have changed drastically in the last two series’ that Dhoni has led the team in.

Of all teams, India lost to Bangladesh in Bangladesh. Dhoni came up with a reasonable performance in the series with the bat, scoring 47, 69 and 31. But, the fact that India could not stand up to Bangladesh was a massive setback for Dhoni the leader. Also although he was getting runs, the cutting edge with which he razed opponents during his peak years was clearly missing. As such, Dhoni needed to stand up and make a statement when South Africa visited India. But, as things turned out, that wasn’t to be. It was another struggle for Dhoni the leader and batter.

India lost both the T20s against the Proteas without putting up much of a fight. The first one-dayer at Kanpur was significant as Dhoni failed to take India over the finishing line in spite of the fact that there wasn’t much to be done. The Indian captain responded with a mature 92 not out in the second match at Indore, but the end series result of 2-3 was another negative marking for Dhoni. The Indian selectors have shown faith in him, and have retained him as leader for both the T20 and ODI series. But, another losing effort, will make life extremely tough for him and the selectors too.