In the latest example of how cricket careers are becoming shorter by the year, Graeme Smith has quit the sport he grew up with just 12 years after making his international debut, and having just crossed 33 a month ago.

In the latest example of how cricket careers are becoming shorter by the year, Graeme Smith has quit the sport he grew up with just 12 years after making his international debut, and having just crossed 33 a month ago. By the time Smith made his debut in 2002, Sachin Tendulkar had already played international cricket for 13 years. He retired last year, having represented India at the highest level for 24 years. And now, we have Smith who has hung up his boots, less than a year after the Indian legend did so. 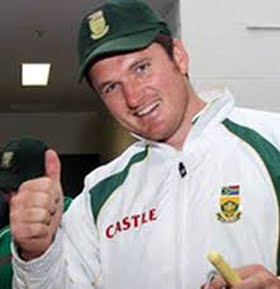 There are many ways to remember Smith, but the most appropriate one would be as someone who grew from a raw talent as a batsman to a respected leader of the number one Test team in the world. When one considers the fact that he was thrust the captaincy of the South African team almost immediately after making his debut, it is understandable why Smith might feel that the 12 years were longer that the duration actually is. Leading the side, and then also having to open the innings, was no mean feat, and that too for someone as young and inexperienced as Smith.

Things weren’t easy for Smith when he took over the mantle of South African leadership. The team in fact had been going through its worst phase. In the aftermath of the match-fixing scandal, they had lost some of their key players, including skipper Hansie Cronje. The team was then dealt with a major setback when, even with his vast experience, Shaun Pollock couldn’t deliver results for the team. It was under him that South Africa got knocked out in the 2003 World Cup at home. Following the disaster, the decision was made to hand over the captaincy to rookie Smith.

It was a move that did not please everyone, and critics got their chance to get back at the selectors when Smith expectedly seemed out of place early on. To his credit though, Smith learnt quickly while on the job, and went to usher a new era in South African cricket. His captaincy wasn’t about tactical acumen or genius moves. Smith believed in backing his players to the hilt, and even doing away with big names if he felt they were detrimental to the team’s cause – Lance Klusener is a case in point. The opinions on the same would remain divided, but Smith delivered results for sure.

Although South Africa have continued to flounder in the World Cup, it was under Smith’s captaincy that they flourished as a Test team and have climbed to the number one ranking in the format. Smith it was who led them to a Test series win in Australia and forced three England captains to quit as South Africa constantly got the better of them. When cricketing history is looked back at, Smith would be remembered as a respected captain as well as an accomplished opener. But, the best tribute to him will be to recall him as the leader who brought integrity and joy back to South African cricket in the post-Cronje era.