Ravi Shastri after England drubbing: I know exactly what we do

India chief coach Ravi Shastri has defended his controversial statement that the current Indian team is better than the ones that toured abroad in the last 15-20 years, despite the 4-1 thrashing at the hands of England.

"Last one to press the panic button when I see so many positives. I head back home with a very positive state of mind. I know exactly what we do. I know exactly and clearly where the team is heading - it is heading in the right direction," Shastri was quoted as saying in an ESPNcricinfo report. 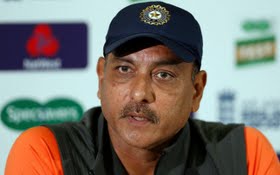 On the criticism of the coaching and support staff, Shastri said people are entitled to their opinion. “As long as we know the job we are doing and we are honest to our jobs, as long as support staff we are helping players channelise the energies in the right direction, we are not worried about what critics say," said Shastri.

"If you look at the last three years, we have won nine matches overseas and three series. I can't see any other Indian team in the last 15-20 years that has had the same run in such a short time," he added.

Prior to the 4-1 defeat in England, they lost 2-1 in South Africa. Their next big assignment will be the Australia tour towards the end of the year.