Haryana managed to escape with a draw against England XI in a four-day tour match at the B Ground in Motera.

Haryana managed to escape with a draw against England XI in a four-day tour match at the B Ground in Motera. Asked to chase an improbable 442, Haryana had a middle order collapse from 88 for 2 to 110 for 6. However, England bowlers didn’t have enough time on their hands and Haryana ended with 133 for 6 in 42 overs. Tim Bresnan got two wickets for the tourists. 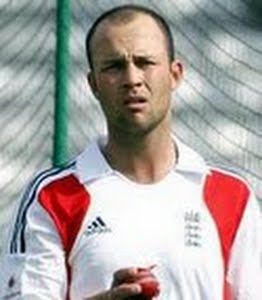 Earlier in the day, England XI resuming its second innings at 118 for 0 finished at 254 for 6 declared in 75.2 overs. Overnight batsman Jonathan Trott (101 from 183 balls with 13 fours and a six) retired after getting to his century. His opening partner Nick Compton who is set to make his Test debut in a few days at the adjacent ground was dismissed for 79 (from 153 balls with 10 fours). No.3 Ian Bell helped himself to a fluent 48 from 62 balls (with 7 fours).

For Haryana, opening bowler Sanjay Budhwar claimed 3 for 51 in 20 overs.