Not all Test draws are dull. The tense finish between New Zealand and England at Auckland on Tuesday, when England managed to hang on and save the match in spite of losing nine wickets made for engrossing viewing.

Not all Test draws are dull. The tense finish between New Zealand and England at Auckland on Tuesday, when England managed to hang on and save the match in spite of losing nine wickets made for engrossing viewing.

A look at a few other cliff-hanging Test draws in recent times. 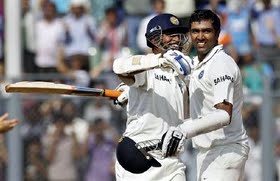 India vs West Indies, Mumbai, November 2011: The Indians were chasing 243 for a win in 64 overs. At one stage, they were cruising at 101 for 1 in the 20th over. As usual, Virender Sehwag had got them off to a flying start. However, once he fell for 60 off 65 balls, India crumbled inexplicably. From 101-1, they collapsed to 189 for 6 in the 50th over. When Virat Kohli fell for 63 in the 60th over, India were in real danger of defeat. Ishant Sharma fell soon after, but Ravichandran Ashwin hung around for his 14, and was run out off the last ball as India ended with 242 for 9, chasing 243.

South Africa vs England, Centurion, December 2009: England were chasing 364 for victory in this Test, and while a win was never in their sight, a defeat definitely was. England needed to bat out 96 overs in the Test, but lost their ninth wicket in the 93rd over. Last man Graham Onions then batted out 12 balls and in the company of Paul Collingwood (26 not out off 99 balls) took the English boat to safe shores. Earlier, Jonathan Trott and Kevin Pietersen scored painstaking half-centuries, but five wickets for the addition of just 13 runs put them in serious trouble before Onions and Collingwood bailed them out.

South Africa vs England, Cape Town, January 2010: Onions made the Proteas cry the second time in less than a month. This time, they were chasing 466 and needed to bat out 141 overs to draw the game. They lost their 9th wicket in the 139th over, before Onions defended 11 balls and again saw England home, this time in the company of Graeme Swann, who made 10 from eight balls. England’s defiance was built around Ian Bell, who had a 286-minute vigil at the crease for his 78 before being the 9th man out. Collingwood again played his part, taking 276 minutes for his 40.

India vs England, Lord’s, July 2007: No one would have expected MS Dhoni to play a match-saving Test knock. In this game, India chasing 380 had to bat out 96 overs. They lost their ninth wicket to the last ball off the 91st over, when RP Singh perished for 2. Dhoni however remained unbeaten on 76 having batted for 203 minutes and 159 balls. S. Sreesanth played out seven balls for his four, to help India draw the Test. Dinesh Karthik contributed 60 opening the innings.

New Zealand vs Australia, Brisbane, November 2001: New Zealand needed 284 to win in this game in 57 overs. They ended with 274 for 6. They were good contributions all-round from the Kiwi batsmen, Mark Richardson and Stephen Fleming making half-centuries, Nathan Astle hitting 49 and Chris Cairns 43. Even Craig McMillan blasted 23 in 22 balls, but the Kiwis fell short of the finish line by some inches.