When David Warner first made his mark for Australia following a few bludgeoning innings in T20 cricket a few seasons, he seemed set to be the next big thing in one-dayers for Australia. However, in the four-year period that the left-hander has been part of in one-dayers he hasn’t quite lived up to the expectations

When David Warner first made his mark for Australia following a few bludgeoning innings in T20 cricket a few seasons, he seemed set to be the next big thing in one-dayers for Australia. However, in the four-year period that the left-hander has been part of in one-dayers he hasn’t quite lived up to the expectations. In fact, since his debut in the 2008/09 season he has appeared only sparingly for the Aussie squad – featuring in 39 matches, and managing to score only 1133 runs at an average of under 30 with two hundreds.

The fact that he has been dropped for the upcoming one-dayers against Scotland and England is the latest in the long line of setbacks for the Aussie opener. Warner has been woefully out of form in recent time and is himself said to have admitted that he unfortunately hasn’t scored the weight of runs. As Warner goes back to the domestic grind to try and fight his way back into the national squad, we review Warner’s performance in one-day internationals in detail. 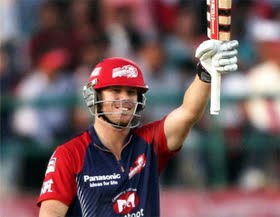 Debut in January 2009 to December 2010: In this initial phase of his career, he featured in only seven games and scored 106 runs with one half-century, his highest score of 69, at an average of 15. Two of these were played against New Zealand in which he scored only line runs, four were against South Africa in which he scored 97 runs with one half-century while the other match was against Scotland, in which he did not score any runs. Clearly, it was a tough initiation to international cricket for Warner.

2011: Following his poor beginning, he was out of the Australian side for a while. Not surprisingly, he featured in only three one-dayers for the team over the course of the entire year. However, he did show signs of improvement. All the three matches were played against South Africa in South Africa, and Warner totaled 104 runs in these games at an average of 35 with a highest of 74.

2012: This was the year in which Warner played his most consistent cricket. He featured in a total of 25 matches this year, and averaged a decent 35 with 840 runs. He scored two hundreds during this phase, both against Sri Lanka, including that spectacular 163. In seven games against Sri Lanka, he averaged 53 having scored 371 runs. He also scored half-centuries against India, England and West Indies. However, his consistency against these sides was poor, which meant there was still massive scope for improvement.

2013: Warner has got a chance to feature in four games in the format so far but has managed only 83 runs, 60 of them coming in one game against Sri Lanka. His average has dipped to 21. Warner will have to work extremely hard to make a comeback into the ODI squad from here onwards.