Indian great Sachin Tendulkar feels that the current Aussie line-up is not a very well well-settled one and that the team even has players who are actually playing for their spots in the team.

Tendulkar made the comment in the wake of Australia’s batting woes in the second Test, which cost them the match. The hosts managed only 195 and 200 in their two innings as India won the Melbourne Test by eight wickets to square the series 1-1.

While Australia won the first Test at Adelaide, it was primarily on the back of their bowling prowess. The Aussies, in fact, were bowled out for 191 in their first innings of the first Test. Significantly, not a single Australian has scored a Test hundred against India since Steve Smith at Dharamshala in March 2017. 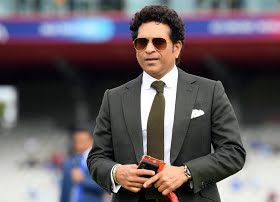 “In this current Australian team, there are players who are not in good form and are unsure about their spots. In earlier teams, those batsmen batted in their slots as there was a lot of surety in their batting line-up,” Tendulkar further added.

Shifting focus to India, Tendulkar was pleased with Rahane’s captaincy at Melbourne, but refused to draw comparisons between his leadership style and that of Virat Kohli.

“People shouldn’t get into comparisons with Virat. Ajinkya has different personality. His intent was aggressive. I would like to remind everyone that they are both Indians and they both play for India, so no individuals comes above India. Team and country is above everything else,” he added.

On Rahane brilliant hundred at MCG, his second at the venue, Tendulkar stated that he was calm, relaxed and composed. “He had aggressive intent but aggression was rightly balanced by calmness and surety. So he did not miss opportunities when a boundary ball was there. And when one had to be patient, he was patient. The intent was very good,” explained Tendulkar.

India and Australia will next face off in the New Year Test at Sydney on January 7.