"I haven't seen this kind of Australian batting line-up in my life. So, vulnerability is there. They haven't played India's main attack. If Shami, Ishant, and Umesh Yadav were fit then there would have been no reply from the Australians. So, there is a big possibility and chance that we can win this series," he further added.

Australia’s highest score in the series so far has been 200. Even at Adelaide, their victory was primarily secured by their bowlers. Gambhir senses India might not get a much better opportunity to pull off a Test series win against the Aussies. 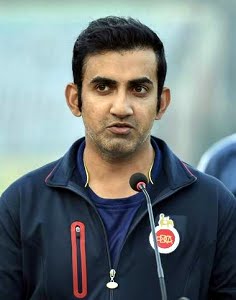 He further said, "It's a big opportunity and chance for the Indian team to beat Australia in Australia again because I don't think this kind of vulnerability was ever seen in the hosts' batting line-up. They are under pressure."

The four-match Border-Gavaskar Trophy is currently tied 1-1. While Australia clinched the first match at Adelaide by eight wickets, India fought back with a brilliant triumph in the Boxing Day Test. The teams will be desperate to clinch the SCG Test to take the critical 2-1 lead in the series.