Shastri: Unfair to target only India as poor travellers

India may have lost Test series’ in England and South Africa but head coach Ravi Shastri still opines that it’s unfair to target one particular side as poor travellers.

India lost in South Africa (1-2) and England (1-4), and now are hoping to make a mark in Australia. On what the Australia tour means for the team, Shastri was quoted as saying in a PTI report, “You have got to learn from your mistakes. When you go overseas and when you look at teams that travel around now, there aren't too many sides.” 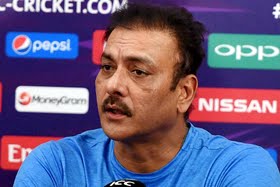 Elaborating on the same, he added, "Australia did for some time in the 90's and during the turn of century. South Africa did it for a while and other than these two, in the last five-six years, you tell me which team has travelled well. Why pick on India?" questioned Shastri.

On what the team has learnt from defeats in South Africa and England, Shastri added in the PTI report, "We have spoken about seizing the big moments. If you look at the Test matches, the scoreline really doesn't tell you the real story. There were some real tight Test matches and we lost some big moments badly, which cost us the series at the end of it.”