Suryakumar Yadav continued his great form with the bat, smashing an unbeaten 61 off 25 balls as India beat Zimbabwe by 71 runs in match number 42 of the ICC Men’s T20 World Cup 2022 at the Melbourne Cricket Ground (MCG) on Sunday, November 6. India had qualified for the semi-finals of the World Cup after South Africa went down to Netherlands by 13 runs in the first match of the triple-header. Still, India had a lot of play for against Zimbabwe. A win would have seen them top Group 2, which they did.

India won the toss and opted to bat first. Men in Blue skipper Rohit Sharma fell cheaply again, dismissed for 15 off 13 balls. KL Rahul (51 off 35) and Virat Kohli (26 off 25) then added 60 runs for the second wicket to steady India. Just when it seemed the time had come for Kohli to accelerate, he fell to Sean Williams for 26. KL Rahul also perished to Sikandar Raza, immediately after he scored his half-century. He hit three fours and as many sixes in his 51 off 35 balls.

Rishabh Pant, who was brought in for Dinesh Karthik, managed only 3. However, Suryakumar Yadav played the defining knock. He slammed six fours and four sixes in his unbeaten 61 off 25 as the Men in Blue posted 186 for 5. 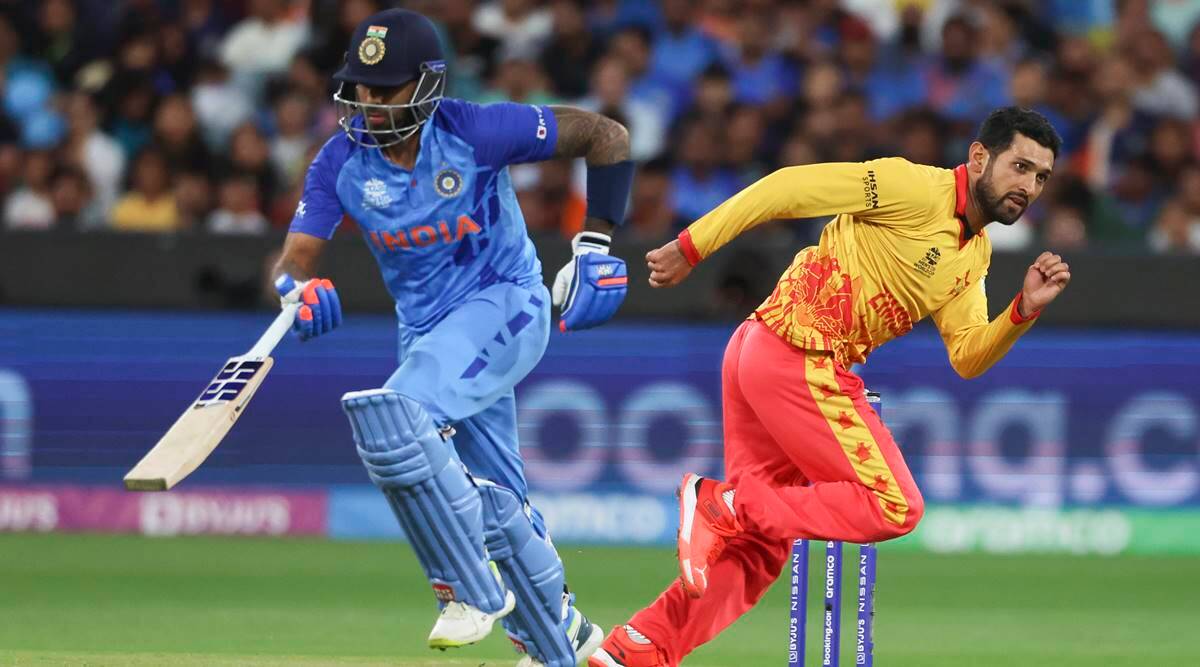 Zimbabwe did not offer much resistance in the chase and folded up for 115 in 17.2 overs. Bhuvneshwar Kumar got India off to a perfect start, dismissing Wesley Madhevere for a golden duck. Skipper Craig Ervine (13), Regis Chakabva (0), Sean Williams (11) and Tony Munyonga (5) all fell cheaply as Zimbabwe lost half their side for 36.

Sikandar Raza (34) and Ryan Burl (35) were the only Zimbabwe batters who offered some resistance and ensured the chasing side crossed three figures. For India, Ravichandran Ashwin claimed three wickets, while Mohammed Shami and Hardik Pandya chipped in with two each.

Speaking after the match, Player of the game Suryakumar said, “I think the atmosphere in the team is really nice and so is the build-up towards the knockout, really looking forward to that game. My plan has always been clear, I do the same thing in the nets, I practise the same shots. I bat according to the situation and what the team needs. (On being No.1 T20I batter) It feels really good, to be there.”