England vs New Zealand: English were stronger in all departments

New Zealand would have been disappointed not to have won the three-match ODI series against England after having claimed the opening ODI in a close contest at Hamilton.

New Zealand would have been disappointed not to have won the three-match ODI series against England after having claimed the opening ODI in a close contest at Hamilton. The fact though was that England were stronger in all departments, which allowed them to comeback in the series, and clinch the same with ease in the end. For the Kiwis to win, they needed good team performances, which never came although there were some brilliant individual efforts. The case was exactly the opposite with England, as a result of which they were deserved victors. 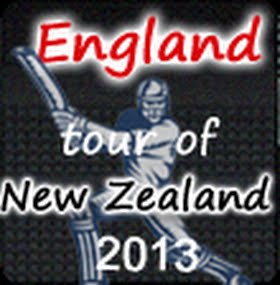 England fell short in the opening game in spite of half-centuries from Ian Bell, Jonathan Trott and Joe Root. However, they learnt from their mistakes very soon, and recovered well to win the series. In the second match at Napier, they batted exceedingly well to square the series, chasing a tough target. Alastair Cook played a captain’s knock at the top of the order, and even when he was dismissed, Trott and Root ensured that this time they were at the crease right till the very end, andtook the team past the finishing line. The top and middle order again chipped in with crucial contributions as, England, chasing a modest score at Auckland, raced home.

If their batting was top notch in the series, England’s bowling was equally good. Steven Finn was yet again the most impressive of the lot, but the others also chipped in with very good efforts. James Anderson’s five-for at Napier went a long way in England fighting back into the series. Chris Woakes was consistent throughout picking up crucial wickets. After a couple of bad games, Stuart Broad also came to the party when it mattered the most, in the crunch clash. For a change, Graeme Swann’s lack of form did not make much of a difference.

It wasn’t as if New Zealand did not have their chances. They did come up with some exceptional performances during the course of the short series, but lagged behind at crucial moments. After going 1-0 in the series, they had a great chance of closing out the series at Napier. They looked set for the same courtesy a century from ex-captain Ross Taylor and current skipper Brendon McCullum. However, a lower-order collapse prevented them from putting up a massive score, following which their bowlers also failed to stop the rampant English batsmen.

Going into Auckland, the hosts sought a much-improved effort with bat and ball, but once they collapsed batting first, the series was all but out of their grasp. McCullum fought hard, but his lone hand wasn’t enough to rescue New Zealand from a desperate situation. A couple of their seniors got starts but did not carry on, which made matters worse for the Kiwis. Their bowlers fought hard, but they did not have enough runs to play with. In the end, England’s superiority in all departments helped them tide over another tough challenge offered by the Kiwis.