The Sunrisers Hyderabad (SRH) will take on the Punjab Kings (PBKS) in match number 70 of the Indian Premier League (IPL) 2022 at the Wankhede Stadium in Mumbai. This will be the last match of the league stage and an inconsequential one as the four playoff qualification spots have already been sealed. The game will be an evening match and hence will start at 7:30 PM IST.

With their playoff hopes over, both the team would look to end their campaign on a high and play for some pride. SRH have had a bizarre IPL 2022 campaign. They began the tournament with two losses, followed it up with five consecutive wins before losing as many matches in a row.

Their losing streak came to an end when they defeated the Mumbai Indians (MI) by three runs in their last match. Batting first, Hyderabad put up an impressive 193 for 6 on the board as Rahul Tripathi starred with a 44-ball 76. The decision to open with Priyam Garg proved to be a smart one as he contributed 42 off 26. 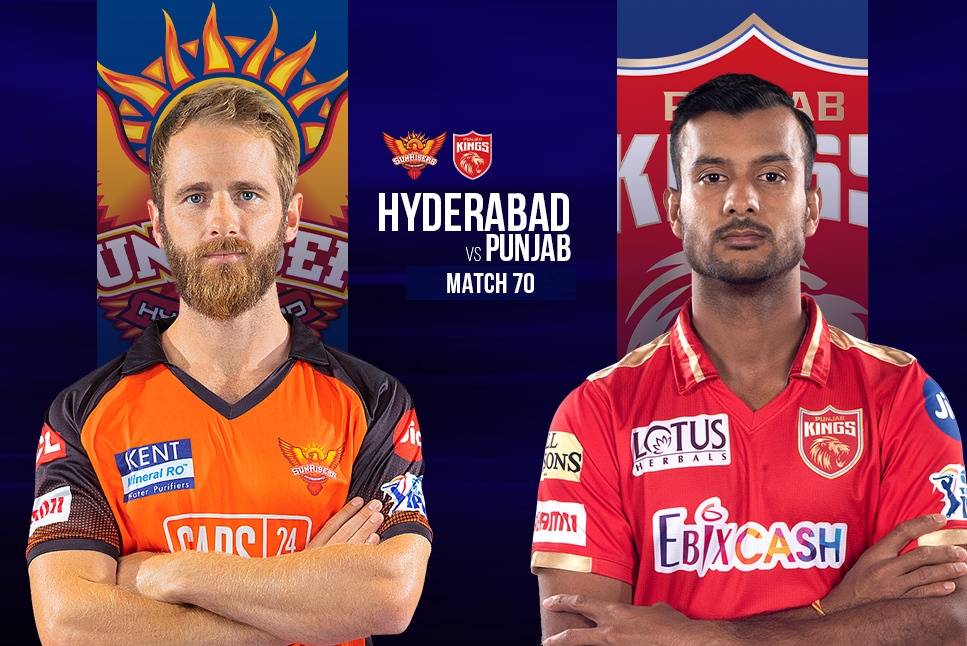 Defending the total, Umran Malik claimed 3 for 23 while Bhuvneshwar Kumar bowled a wicket-maiden, which was the penultimate over of the innings, to sink Mumbai. SRH would be without skipper Kane Williamson for Sunday’s match, so Bhuvneshwar is likely to lead the team.

Punjab were poor against Delhi in their 17-run loss and would want to show marked improvement. Liam Livingstone and Arshdeep Singh bowled very well to claim three scalps each and restrict DC to 159 for 7.

The batting, however, crumbled rather inexplicably. They were held to 142 for 7 as Jitesh Sharma’s 44 was the only effort of note. Jonny Bairstow and Shikhar Dhawan got PBKS off to a comfortable start before their inconsistency hurt them again. Captain Mayank Agarwal will be keen to end a disastrous season with the bat on a positive note