All Eyes on Ind v Pak Match, But Rain May Spoil Mood of Fans

The mood has been set and all eyes now are on October 23 high voltage match when arch-rivals India and Pakistan will clash in the first Super 12 Group B game of the ongoing T20 World Cup tournament. The cricket world will surely stand still when the rivals will collide at the Melbourne Cricket Ground.

To create a hype ahead of the match, official broadcaster Star Sports has released a dedicated video featuring Dwayne Johnson, who is one of the most popular figures in pro-wrestling and can be heard talking about the rivalries.

Rohit Sharma and Co is keeping a good hope to turn things around this time. The team lost against Pakistan by 10 wickets in the 2021 T20 World Cup held in the UAE. The two teams thereafter met twice this year in the Asia Cup and each won one. 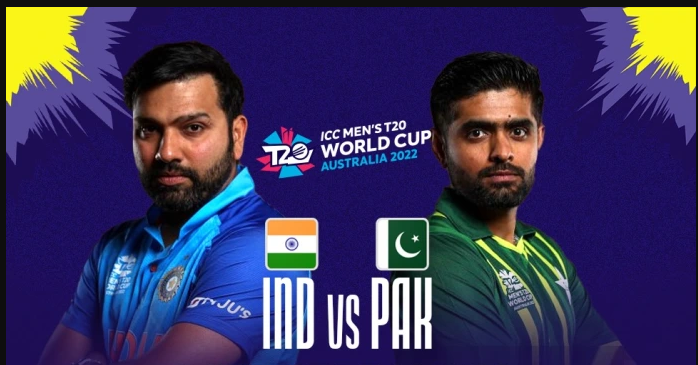 During the first of two warm-up matches the Indian skipper hinted Playing XI has been decided. He revealed nothing further. India defeated Australia by 6 runs in the warm-up match and this shows Team India is fully prepared for the World Cup. Pakistan lost the first warm-up match against England. England chased 161 runs with 26 balls to spare.

Addressing to the press just ahead of the inaugural T20 World Cup tournament the Indian captain said, "I don’t believe in last-minute decisions. We want to keep our boys informed about team selection before so that they can prepare early. I already have my XI for the Pakistan match. Already those players are informed. I don’t believe in a last-minute thing. I want them to prepare well."

Meanwhile, weather forecast is a bit scary. Weather report reveals rain is likely to spoil the match. It is being said the chance for rain is 65 percent on Sunday and both the teams should be prepared for the worse situation and they should plan accordingly.

Melbourne may get the shower from October 21 and Accuweather reports the rain is expected for the next two days thereafter. There is no chance of a drizzle on October 19 in the city.

Accuweather further adds that the venue may have cloud on October 23 and this may turn up favorable for swing bowling.

If the ground gets wet spell, it is believed Rohit Sharma may make some changes in the Playing XI. The players would simultaneously be prepared to face any worst condition.

India and Pakistan are rarely locking horns in recent years due to political tensions between the two nations and rain at Melbourne may spoil the expectations of fans to watch the high-voltage cricket.