Even as the speculation over former India captain and legendary cricketer MS Dhoni continues, current Indian coach Ravi Shastri opines that it could

Even as the speculation over former India captain and legendary cricketer MS Dhoni continues, current Indian coach Ravi Shastri opines that it could all come down to Dhoni’s form in the IPL. The veteran Indian cricketer has not turned out for India since the World Cup exit earlier this year. According to reports, Dhoni might turn out for Asia XI against Rest of the World in March next year if BCCI accepts Bangladesh Cricket Board’s (BCB) request.

Dhoni was seen practising in the nets with the Jharkhand side recently. Speaking to IANS, Shastri observed, "It all depends on when he starts playing and how he is playing during the IPL. What are the other people doing with the wicketkeeping gloves or what is the form of those players as opposed to Dhoni's form." 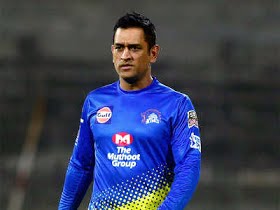 The India coach, in fact, went to the extent of stating that India's T20 World Cup squad will be more or less decided following next year’s IPL. "The IPL becomes a massive tournament because that could be the last tournament after which more or less your 15 is decided. There might be one player who might be there and thereabouts in case of an injury or whatever.

"But your team I would say would be known after the IPL. What I would say is rather than speculating of who is where, wait for the IPL to get over and then you are in a position to take a call on who are the best 17 in the country,” Shastri further added.

While India’s chief selector MSK Prasad had said a while back that Indian cricket is moving on from Dhoni and looking ahead to the future, his replacement Rishabh Pant hasn’t quite grabbed his opportunities, which is why the door might still be open for Dhoni.

Even BCCI President Sourav Ganguly has stated that Dhoni will get the respect a player of his stature deserves. “You know champions don’t finish quickly,” was what Ganguly said about Dhoni after taking over as BCCI boss.

The 38-year-old will lead his franchise Chennai Super Kings in IPL 2020. Dhoni remains the only captain in international cricket to win all three ICC trophies -- 2007 World T20 in South Africa, 2011 ODI World Cup in India, and 2013 Champions Trophy in England. Under him, India also became the number one team in Test cricket.