New Zealand held on to a tight 40-run win in the First Test at Auckland. The victory was sealed only with the wicket of India Skipper MS Dhoni, who was otherwise threatening to win the match all on his own. India went down fighting though with a total of 367.

New Zealand held on to a tight 40-run win in the First Test at Auckland. The victory was sealed only with the wicket of India Skipper MS Dhoni, who was otherwise threatening to win the match all on his own. India went down fighting though with a total of 366.

Early on, Shikhar Dhawan kept India interested in the run chase with a splendid 2nd Test century. New Zealand picked up wickets at key moments to keep the game in control. Neil Wagner bowled outstandingly well taking four wickets including the scalp of MS Dhoni under pressure. Wagner had taken four wickets in the first innings as well. Brendon McCullum was adjudged as the Man of the Match for his knock of 224.

Earlier in the final session, India had lost the all important wicket of Rohit Sharma, who was edged out for 19 by a beautiful seaming delivery from Tim Southee. Ravindra Jadeja played a cameo of 26 from 21 balls to add 56 for the 7th wicket with MS Dhoni. All was left on Dhoni’s shoulders with India needing 83 runs with three wickets in hand. Dhoni tried his best scoring 39 from 41 balls before he got out dragging a pull shot onto his stumps off a slower bouncer from Wagner. 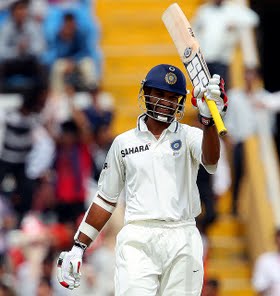 Update at Tea on Day 4: New Zealand have got back into the game reducing India to 270 for 5 at Tea. The Indians need 137 more runs to win with Rohit Sharma (19*) and MS Dhoni (2*) at the crease. The Kiwis took three wickets in the post lunch session which included the crucial scalps of Virat Kohli and Shikhar Dhawan.

Neil Wagner produced the much needed breakthrough in the afternoon session when he had Virat Kohli caught behind for 67 by BJ Watling bottom edging a pull shot. Wagner broke what was a dangerous fourth wicket stand which added 126 runs. The left-armer got the big wicket of Shikhar Dhawan about 14 overs later when he had the batsman fending off a bouncer to the keeper. Dhawan got out for 115 which came in 211 balls with 12 fours and a six.

Just prior to Tea, Trent Boult got Ajinkya Rahane lbw for 18 with the very first ball with the second new ball. Replays revealed that Rahane was unlucky as he had got an inside edge.

Update at Lunch on Day 4: India chasing 407 to win the Auckland Test are strongly placed at 180 for one at lunch on the penultimate day. Shikhar Dhawan, the overnight batsman has moved to 81 after working hard to survive in the morning session. The left-hander is holding India’s fortunes with Virat Kohli who has got a great start to his innings with 55*.

Cheteshwar Pujara, Dhawan’s overnight partner got out though, nicking a beautiful short ball from Tim Southee which left him off the seam. Pujara added just one run to his overnight score of 22. After his exit, Kohli and Dhawan steadied the ship with their unbroken stand of 85 runs.