Following the completion of the IPL 2020 auctions last month, the cricket world waits with baited breath for the beginning of IPL 13, scheduled to begin this March.

There was movement across the board, the biggest headlines without a doubt going to Australian all-rounder Pat Cummins who made a bank busting move to Kolkata Knight Riders making him the most well paid player in the history of the IPL. 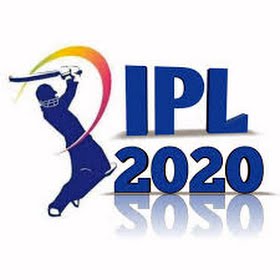 Following the feeding frenzy of the IPL auctions and with many personnel changes now set in stone, it gives cricket fans and odds providers alike the chance to postulate on who goes into this season looking strongest.

Many of the larger IPL betting sites have already released their outright winner odds for this season’s IPL with not too many huge surprises. Indian players can be particularly happy as the likes of betway and bet365 are offering some of the highest pre-tournament odds, and are ranked among the best betting sites in India at present.

Defending champions Mumbai Indians are unsurprisingly being touted as solid favourites at this early stage. Mumbai have shown a resilience in recent years, having claimed titles in 2013, 2015 and 2017. It does beg the question as to whether they can successfully defend a trophy, but priced so far at 5.00 it represents a solid return on investment for such a strong favourite.

Sunrisers Hyderabad are being strongly backed by betting sites across the board as one of the favourites going into the competition. Despite missing out in the preliminary to Delhi last year their young and ambitious side, combined with mercurial talents such as Kiwi Kane Williamson have put them in good stead to go all the way this time round.

Also finishing in the top four outright pre-tournament picks are Delhi Capitals, priced at a generous 8.00 to take IPL 13. Formerly known as Delhi Daredevils, the northerners have got a new name, new branding, and renewed sense of vigour.

At such an early stage, the pricing of the odds is expectedly cautious. Having said that though, that there is consistent value across the board, even for nailed on favourites such as Mumbai Indians who go into this present campaign set to be one of the strongest sides.