As many as three Test matches involving India in recent years may have been fixed. This shocking revelation has been made in a sting operation by Al Jazeera.

As many as three Test matches involving India in recent years may have been fixed. This shocking revelation has been made in a sting operation by Al Jazeera. The three matches in question are, India vs England (Chennai, 2016), India vs Australia (Ranchi, 2017) and India vs Sri Lanka (Galle, 2017).

The documentary alleges that some sessions were fixed by players who were allegedly in touch with bookies and match-fixers.

Aneel Munawar, an Indian national who has allegedly worked for crime syndicate D Company, was identified in the video by Al Jazeera. 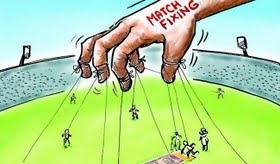 "Together with the ICC, we are aware of the investigation by Al Jazeera into alleged corruption in cricket. Although not having been provided an opportunity to view the documentary or any raw footage, our long-standing position on these matters is that credible claims will be treated very seriously and fully investigated. Cricket Australia will continue to fully co-operate with the ICC Anti-Corruption Unit in its review of the matter,” CA chief executive James Sutherland was quoted as saying by cricinfo in a statement.

"The ICC is aware of an investigation into corruption in cricket by a news organisation and as you would expect, we will take the contents of the programme and any allegations it may make very seriously," the ICC said in a statement.

The Board of Control for Cricket in India (BCCI) told PTI, "We believe ICC has started its probe. Let them complete that and pronounce Morris guilty. The BCCI will only act when they have the verdict in hand.”