The deadly opening combination of Dwayne Smith and Brendon McCullum gifted another comprehensive victory for the Chennai Super Kings. This time the pair added 85 for the first wicket in 10.5 overs to set up an easy run chase over Sunrisers Hyderabad. 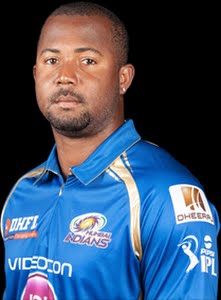 A five-wicket win with just three balls to spare was still a comprehensive win for CSK although it needed the cool nerve of Skipper MS Dhoni to take them past the finishing line.

Earlier, Sunrisers Hyderabad were pegged back by the loss of Skipper Shikhar Dhawan and David Warner with the score at just 15 for 2 in 2.4 overs. Aaron Finch guided the innings with a hard-working knock of 44 from 45 balls.

CSK kept on taking crucial wickets to dent the progress of SRH. However, a good finish from the big hitting Darren Sammy (23* from 15 balls) and Karan Sharma (17* from 7 balls) helped SRH to a healthy total of 145 for 5. The pick of the bowlers for CSK was Mohit Sharma with 2 for 27.

Toss and Teams: Sunrisers Hyderabad have won the toss and opted to bat first in Match 17 at Sharjah against the Chennai Super Kings. Ishant Sharma replaces Naman Ojha for SRH while CSK stick with the same XI.