With just another two days to go for the First Test at Hyderabad, Team India must be thinking which two youngsters should fill in for the vacant slots created by the retirement of Rahul Dravid and VVS Laxman.

With just another two days to go for the First Test at Hyderabad, Team India must be thinking which two youngsters should fill in for the vacant slots created by the retirement of Rahul Dravid and VVS Laxman. India has got four batsmen – Cheteshwar Pujara, Suresh Raina, Ajinkya Rahane and S Badrinath competing for those two spots.

I think Cheteshwar Pujara should select himself in the playing XI ahead of Raina and Badrinath. Pujara should take the place of Dravid as he is a pretty similar player like the latter. The Saurashtra lad has been known for his good technique and powers of concentration. The 24-year-old Pujara has proved that he has the ability to play the long knocks which are essential for any team’s success in Test Cricket.

One must not forget that Cheteshwar Pujara had scored a brilliant 72 against Australia in a high pressure run chase situation in the Bangalore Test two years ago. Pujara then played in South Africa where he showed promise in the limited opportunities but failed to score anything significant. He would have been part of the Indian Test team in the series that followed later but for a knee injury which kept him out of action for some time. Now that Pujara is back, he should straightaway get picked in the place of the retired Rahul Dravid. 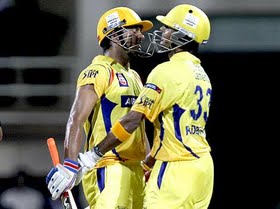 Now the one slot that is vacant is VVS Laxman’s which will be a toss-up between Suresh Raina and S Badrinath. Ajinkya Rahane could be given opportunities in ODIs and may be looked up as a future or a back up opener for Tests. Well the popular choice is for Suresh Raina to play ahead of S Badrinath in the slot left by VVS Laxman. The reason is simple. Raina has been playing plenty of ODI and T20I Cricket ever since his debut. He has proven himself as a match winner and the strokeplay that he brings on is nothing less compared to that possessed by Yuvraj Singh! Yes Suresh Raina in his best of forms can demolish bowling attacks. However, when it comes to Test Cricket, Raina has a long way to go. He has been exposed in the past against good short pitch bowling. Raina also is not that technically adequate but on Indian tracks, he can easily get away playing his type of cricket.

Personally, I would like to see S Badrinath in the playing XI ahead of the fancy Suresh Raina. Badrinath is already 31 years and seems to have already lost few of his best years because of the stiff competition in the Indian middle order. Badrinath has been a prolific run-scorer in the domestic circuit with quite a lot of long knocks under his belt. For his stupendous performance in domestic cricket over the years, the Selectors have given him very few opportunities – 2 Tests, 7 ODIs and a lone T20I. But now atleast, Badrinath should be given enough opportunities and time to settle down in the Indian middle order in Test Cricket. The Selectors need to reward players for their performances in domestic cricket otherwise it would only be sending a wrong message to many cricketers like Badrinath. Somehow, I get a feeling that Badrinath can replicate Michael Hussey, who also had a pretty late entry in the Australian team.