As England and Australia head into the final Test of the 2015 Ashes, they will have contrasting emotions and objectives. While England would be keen to continue their winning run, Australia will seek to avoid another embarrassment.

As England and Australia head into the final Test of the 2015 Ashes, they will have contrasting emotions and objectives. While England would be keen to continue their winning run, Australia will seek to avoid another embarrassment. Over the last couple of decades, the Aussies have inflicted some highly comprehensive wins over the Englishmen, which not only dented the psyche of the players, but finished off quite a few careers as well. The foot is on the other pedal now. With England in a highly dominant position, they would be confident of exacting further revenge for those tough days. Nothing would be bigger for England than achieving a fantastic 4-1 result. 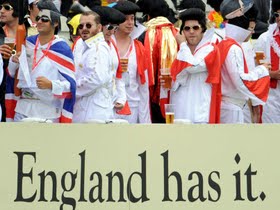 Although the series is lost, the Aussies still have a couple of factors to play for, and not surprising ones at them. The Oval Test will be the final international appearance of Aussie skipper Michael Clarke and opener Chris Rogers. Clarke's retirement became rather obvious following his struggles over the last few months, and in the ongoing Ashes, in particular. At 34, some may think that he is too young to retire. But, form and fitness have failed Clarke. Without doubt, he is well past his prime. What remains to be seen is whether he can pull himself up for the final act. Rogers, on the other hand, should be satisfied with how his career has panned out. In the limited opportunities, he has made his mark, and can retire with pride, although a few more hundreds would have enhanced his reputation.

There are a few changes that could be made in the Aussie line up for the final Test. Mitchell Marsh, who was dropped in favour of his brother Shaun, is highly likely to return after the latter's disastrous comeback. Australia missed Mitchell's all-round abilities at Nottingham. Even if he is recalled though, the Aussies would expect more out of Mitchell the batsman. With Josh Hazelwood injured, there are reports that Pat Cummins could make his much-awaited comeback. At the same time, there are other theories that veteran Peter Siddle, who has not played a single Test on tour, might get a look in.

England don't really have any worries. Even if there are some, those are alleviated to a great extent when one considers the fact that the hosts are 3-1 up, and that the Ashes are firmly in their favour. There is more good news in the offing as James Anderson is expected to be fit for the final Test having recovered from injury. While that means Mark Wood, in all probability, will have to miss out, it is still a great boost for the hosts. There is another option England can explore, that of giving leggie Adil Rashid a much-delayed Test debut. It would be easier with the series decided. But, considering the fact that the pitch is expected to assist pace more, the debut may remain on hold.

It is not as if England haven't had their issues on the tour. They have had their fair share, but Australia have been that much poorer. England's biggest woe has been the non-performance of their openers. Both Alastair Cook and Adam Lyth have failed to make any sort of impression on the series. While Cook has managed to get a few runs, Lyth has been terribly short on the same. England might have to begin looking beyond him in case Lyth has a poor game at The Oval as well. That apart, everything seems in sync for England with even the likes of Ian Bell, Jonny Bairstow and Steve Finn hitting form. And how can one forget Stuart Broad? On paper, England are clear favourites.