It is that stage of IPL 7 where every win all but assures a team a place in the playoffs, and every loss knocks a team out of the event.

It is that stage of IPL 7 where every win all but assures a team a place in the playoffs, and every loss knocks a team out of the event. Something similar transpired on Thursday. Kolkata Knight Riders’ 30-run triumph over Royal Challengers Bangalore ensured their progress to the playoff, with 16 points from 13 matches. Bangalore, on the other hand, were put out of the tournament following the loss. They have only 10 points from 13 games, and cannot end in the top four under any circumstances in what has been an extremely disappointing IPL 7 campaign. 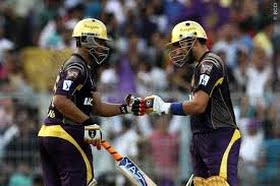 The KKR-RCB clash was decided in a big way courtesy the partnership between Robin Uthappa and Shakib Al Hasan. Batting first, and knowing well that a win would put them through to the final four, the pair of Uthappa and Shakib batted with a lot of resolve. The most impressive aspect of their partnership was the manner in which they fought back after losing early wickets. The in-form Gautam Gambhir and Manish Pandey did not last long, and even Yusuf Pathan could not carry on after getting a start. But, Uthappa and Shakib gave an excellent account of themselves.

In a T20 game, teams can find it very difficult to recover from early setbacks due to the paucity of time. However, both Uthappa and Shakib made sure Kolkata recovered completely from the losses early in the innings. Once again, Uthappa displayed his growing maturity. He hit a number of boundaries, but rarely played a rash stroke. Once he got his eye in, the opener found the gaps with ease and even when he went for the big strokes, he saw it to that the ball was hit away from the fielder. It was an impeccable knock, which set up Kolkata’s match-winning total.

Shakib has had an inconsistent time in the series, but on Thursday he was in fine form. The former Bangladesh skipper played the perfect supporting role to Uthappa. With Shakib finding the boundaries with ease, a lot of pressure was taken off the Kolkata opener. Shakib did well not to throw his wicket away after getting a start. Earlier in the season, Kolkata have collapsed from impeccable positions. Shakib though brought all his experience into play and, in combination with Uthappa, took the team to an extremely dominating position, from where the game was theirs to lose.

Bangalore’s loss had a lot to do with their inability to find the block hole when Uthappa and Shakib were going all guns blazing. Even the otherwise impressive spinner Yuzvendra Chahal had an off-day, and the fact that he was taken for plenty made matters worse for Bangalore. RCB could still have made a match of it had their much-vaunted batsmen stood up. However, another failure for Chris Gayle and only cameos from Virat Kohli and Yuvraj Singh hurt their cause. Sunil Narine utilised the opportunity brilliantly, and kept the under-pressure Bangalore batsmen on their toes.