Sri Lanka were cleaned up for merely 110 on the second day of the second Test against South Africa at Newlands in Cape Town. Here are interesting stats from the second day’s play

Sri Lanka were cleaned up for merely 110 on the second day of the second Test against South Africa at Newlands in Cape Town. Here are interesting stats from the second day’s play.

Sri Lanka’s 110 is their second-lowest total ever against South Africa in Tests. Incidentally, their lowest against the Proteas, 95, also came at the same venue back in 2001. 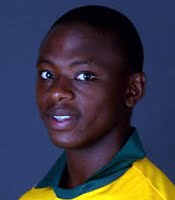 Sri Lanka lost nine wickets for the addition of merely 79 runs on Tuesday. This is their worst collapse against South Africa. At Newlands in 2001, they managed 83 runs while losing wickets 2 to 10.

The Lankans lost their last eight wickets for the addition of merely 54 runs. This is their third worst effort in Tests. They had earlier lost 8 for 48 in a Test against India, and 8 for 51 against Pakistan.

Lahiru Kumara became the second Sri Lankan bowler to claim six wickets in an innings in Tests in South Africa. The first was, not surprisingly, Muttiah Muralitharan, who claimed 6 for 39 in Durban in 2000. Kumara's figures of 6 for 122 are also the second best by a pacer by Sri Lanka against South Africa. Chaminda Vaas had taken 6 for 29 in Colombo in 2004.

Kagiso Rabada, who claimed four wickets, reached the 50 wicket mark in his 13th Test. He thus became the 10th fastest South African to reach the landmark.

Vernon Philander reached 150 wickets in his 39th Test. He is now the fifth fastest from South Africa to reach the mark after Hugh Tayfield (29), Dale Steyn (29), Alan Donald (33) and Shaun Pollock (36).

Quinton de Kock made a well-compiled 101. This is now the highest ever score for a wicketkeeper from South Africa against Sri Lanka in Tests. The previous best was 92 by Mark Boucher, made back in 2001.

Dinesh Chandimal (4) and Kusal Mendis (3) combined to effect seven dismissals as wicket-keeper. This is the joint highest in a single innings in Tests.

Sri Lankan left-arm spinner Rangana Herath now has 356 Test wickets to his name. He thus becomes the second-highest wicket-taker for Sri Lanka in Tests, after Muttiah Muralitharan who finished with exactly 800 scalps. Herath is 19th on the list of highest Test wicket-takers, going past Dennis Lillee, who had 355.