The Sunrisers Hyderabad (SRH) will take on the Gujarat Titans (GT) in match number 21 of the Indian Premier League (IPL) 2022 at the DY Patil Stadium in Navi Mumbai. This will be an evening game and will hence start at 7:30 PM IST.

After two losses, SRH registered their first win of the season with a thumping eight-wicket win over the hapless Chennai Super Kings (CSK). As for Gujarat, they are undefeated in the tournament, having won three out of three matches. In their last game, they chased down 190 against the Punjab Kings (PBKS) in a thrilling last-ball finish.

Under pressure to prove a point, Hyderabad were impressive and got the better of CSK in their previous match. The bowlers first did a wonderful job to restrict Chennai to 154 for 7. Washington Sundar and T Natarajan both claimed two wickets each without giving too many runs. Abhishek Sharma was brilliant with the bat, justifying his position at the top of the order with 75 off 50 while Rahul Tripathi helped himself to an unbeaten 39 off 15. 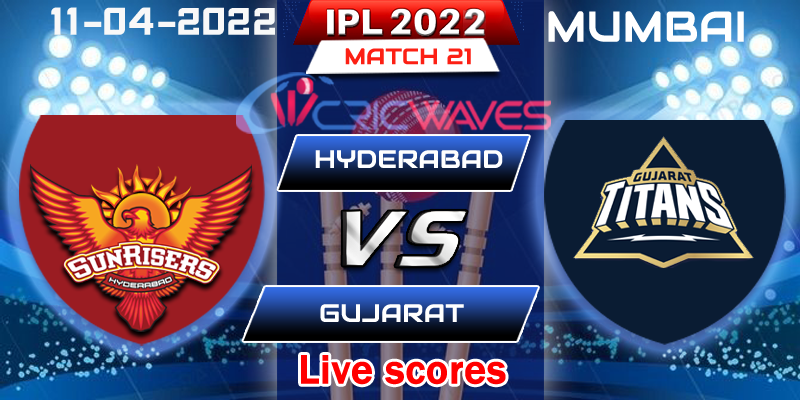 Skipper Kane Williamson got a start but more would be expected of him. Also, the form of Nicholas Pooran, Bhuvneshwar Kumar and Umran Malik remains a concern. Still some work to do for SRH then.

Shubman Gill carried on his great work for Gujarat in the match against PBKS. His 59-ball 96 set up the chase of 190 for the team. Rahul Tewatia came in and played a blinder at the end. The lack of runs from Matthew Wade’s blade is a worry though. Also, Hardik Pandya has been getting starts but isn’t converting them. The bowling has done well as a unit.