Royal Challengers Bangalore’s (RCB) No. 3 batter Rajat Patidar smashed a sensational ton to put his team in Qualifier 2, knocking the Lucknow Super Giants (LSG) out of IPL 2022 by registering a 14-run win.

Batting first after losing the toss, RCB put up an imposing 207 for 4 on the board. Patidar scored more than half of the team’s runs, whacking an unbeaten 112 off 54 balls. His knock included 12 fours and seven sixes.

The 28-year-old featured in a scintillating, unbroken fifth-wicket stand of 92 with Dinesh Karthik, who again made a significant contribution of 37 not out in 23 balls. His innings included five fours and a six. The duo were spectacular at the death, lifting RCB past the 200-run mark. Mohsin Khan (1/25) was the only LSG bowler, who escaped heavy punishment. 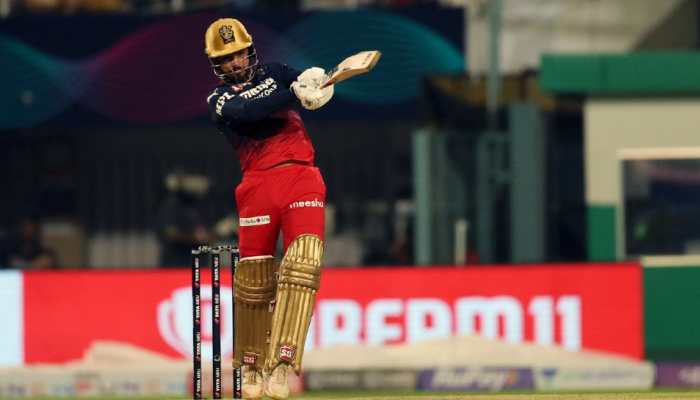 Responding to Bangalore’s massive 207 for 4, Lucknow managed only 193 for 6. Skipper KL Rahul led the chase with 79 off 58 while Deepak Hooda contributed 45 off 26. The rest, however, failed to come to the party as LSG never really threatened to get past the target. Josh Hazlewood claimed 3 for 34 while Harshal Patel excelled at the death once again, finishing with economical figures of 1 for 25.

I have the ability to make up for the dots: Rajat Patidar

RCB batter Patidar was deservedly named Player of the Match for his fine hundred. Speaking after winning the honor, the batter said, “When I time the ball, my focus is on it. The last over of the powerplay when Krunal was bowling to me, my execution went fine then and I got confident afterwards.”

Terming the wicket at the Eden Gardens in Kolkata as a very good one, Patidar added, “I played some good shots. I never feel any pressure as I think I have the ability to make up for the dots. I was busy after the 2021 IPL playing for my club. I wasn't picked after the 2021 IPL but that wasn't in my control.”

RCB will now take on the Rajasthan Royals (RR) in Qualifier 2 at the Narendra Modi Stadium in Ahmedabad on Friday. The winner of this contest will meet the Gujarat Titans (GT) in the IPL 2022 final on Sunday