Talks outside are immaterial: Rohit Sharma says important to focus on job at hand

Team India’s limited-overs captain Rohit Sharma has stated that there is no point thinking about talk on the outside as it is something they cannot control. He added that, as cricketers, it is important to focus on the job at hand, which is to play well and win matches. Rohit was recently named as India’s ODI captain, replacing Virat Kohli. The Mumbai batter was earlier named T20 skipper as well after Kohli quit the post.

In an interview uploaded on BCCI’s Twitter account, Rohit said that as leader he only wants to focus on what he can control and come up with good performances instead of thinking about what others are talking. Rohit commented, “When you are playing cricket for India it is always going to be high pressure. The pressure is always going to be there. There will be a lot of people talking about it, positives and negatives. For me, personally, as a cricketer, not as a captain, it is important to focus on my job and not to focus on what people are talking about because you can’t control that. I have said it a million times and I will keep saying that.” 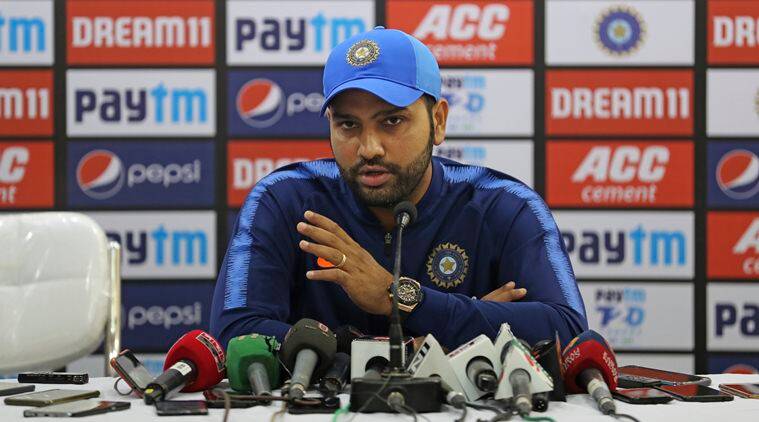 Team India’s white-ball captain went on to add, “This is also the same message to the team and the team understand that when we are playing a high-profile tournament, there will be a lot of talks. It’s just important for us to focus on what we have in hand; which is to go and win games and play the way you are known to play. So, those talks outside are immaterial.”

During the interview, Rohtit also admitted that the new head coach Rahul Dravid is playing an important role in creating a strong bond among the players. The 34-year-old elaborated, “For us, it is important what we think of each other. What I think of XYZ, that is important. You want to create a strong bond between players and that is what will help us achieve the goal we want to and Rahul Bhai is helping us with that.”

Apart from being named ODI captain, Rohit also replaced Ajinkya Rahane as vice-captain for the Tests in South Africa. India’s Proteas tour will begin with the Boxing Day Test at the SuperSport Park in Centurion. The Test series will be part of the ICC World Test Championship.