Dashing opening batsman Tillakaratne Dilshan has resigned as the Sri Lanka Captain today! It was only yesterday that Dilshan had led his team to a fabulous victory in the final ODI against South Africa at Johannesburg.

Dashing opening batsman Tillakaratne Dilshan has resigned as the Sri Lanka Captain today! It was only yesterday that Dilshan had led his team to a fabulous victory in the final ODI against South Africa at Johannesburg. It was a wise move from Dilshan amidst reports back home that the Sri Lankan Sports Ministry was all set to sack him and give the captaincy reigns to the 34-year-old Mahela Jayawardene. There was another change likely to happen with the present coach and former Australian Cricketer Geoff Marsh being sacked as the Sri Lanka Head Coach and replaced with Graham Ford.

Dilshan has been the regular Sri Lankan Captain barely for nine months! The 35-year-old took over captaincy from Kumar Sangakkara who led Sri Lanka to the World Cup Finals in 2011. Sangakkara on the other hand took it over from Mahela Jayawardene. So Sri Lanka instead of moving forward by naming a youngster as the leader have gone back it seems! 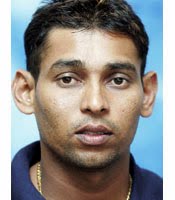 The problem for Dilshan has been that he could lead his team to just the one solitary Test victory out of 11 matches ever since he took over the captaincy in May 2011. That victory was a historical one for the Lankans came in the recently concluded South African tour in the Second Test at Durban. Dilshan has also struggled to deliver the goods with the bat ever since he was made the Captain, especially averaging just around 20.00 in the ODI format. In the 21 ODIs that he has skippered after May, Sri Lanka who are the runners-up in the ICC World Cup 2011 have won 8 while losing 13!

The Sri Lankan Sports Ministry has been responsible for the sweeping changes in their National Cricket team. Apart from sacking the Coach and also the Captain, the Sports Ministry had also got rid of the Selection Committee and came up with a fresh panel under Ashantha de Mel. The Sports Minister of Sri Lanka at present is Mahindananda Aluthgamage who involves quite a lot in decisions related to the National Cricket team. The players on the other side are unhappy that they haven’t been paid their wages by a bankrupt Sri Lanka Cricket Board and at the same time are coming under intense pressure put up by the Sports Ministry’s meddling of the cricketing affairs.