Jos Buttler smashed an unbeaten 106 off 60 balls as Rajasthan Royals (RR) defeated the Royal Challengers Bangalore (RCB) in the Indian Premier League (IPL) 2022 Qualifier 2 on Friday at the Narendra Modi Stadium in Ahmedabad. Chasing 158 for a place in the final, RR got home by seven wickets in 18.1 overs as Buttler hammered 10 fours and six sixes en route to his fourth ton of the season.

Earlier, Prasidh Krishna and Obed McCoy claimed three wickets each as Rajasthan restricted Bangalore to 157 for 8 after winning the toss and bowling first. Krishna sent back Virat Kohli cheaply for 7 and RCB could never recover from the early setback.

Rajat Patidar’s 42-ball 58 was the top-score in the innings while skipper Faf du Plessis and Glenn Maxwell were dismissed in their 20s. RCB were 130 for 4 when Patidar was dismissed in the 16th over. Bangalore could only add 27 runs following his wicket. 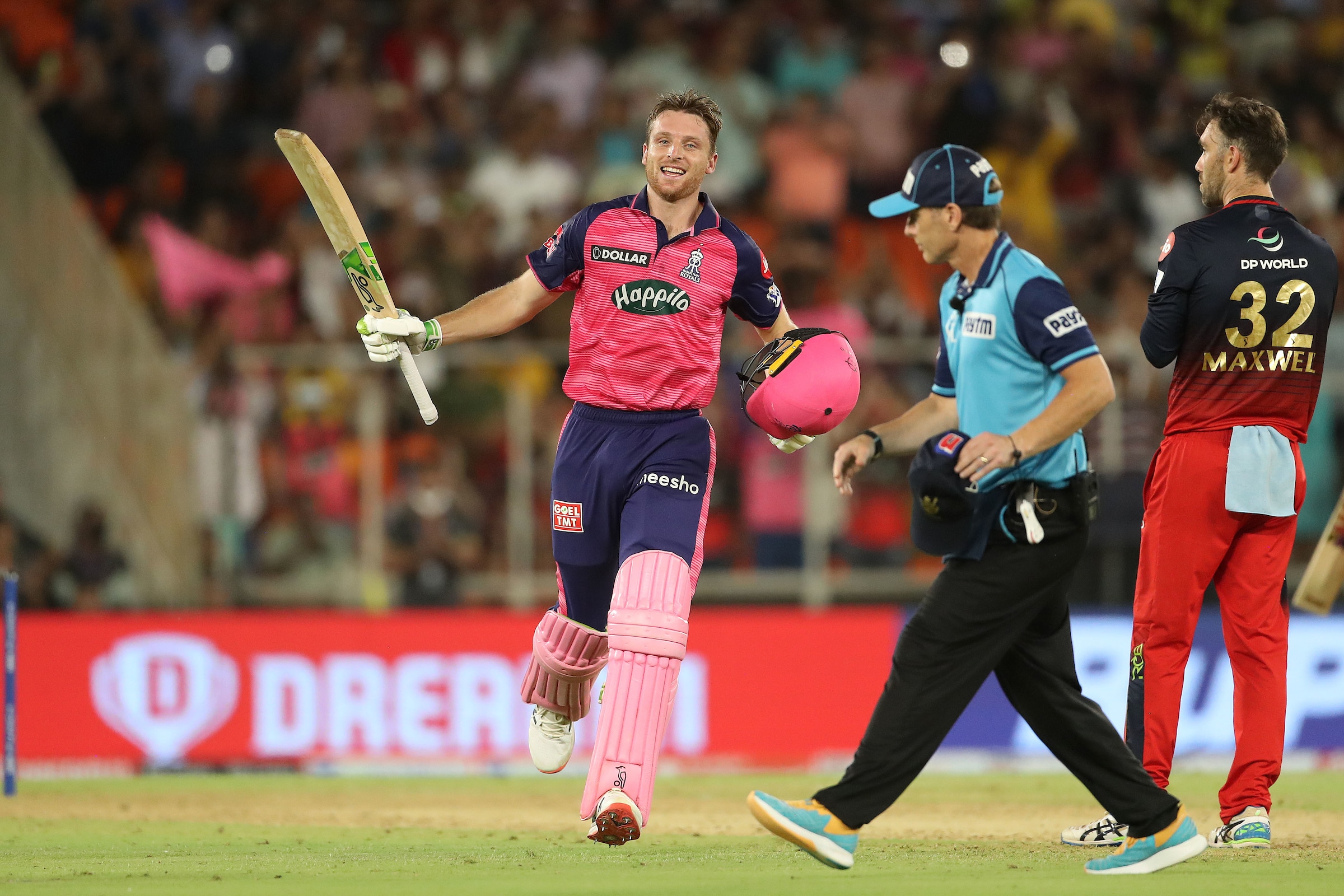 Responding to Bangalore’s total, Buttler and Yashasvi Jaiswal (21 off 13) added 61 in five overs to set up the chase. Jaiswal and Devdutt Padikkal (9) fell to Josh Hazlewood while Wanindu Hasaranga dismissed Sanju Samson (23 off 21) again, having him stumped. Buttler, however, hammered a 59-ball century and finished off the match with a six.

“We are used to bouncing back” - RR skipper Sanju Samson

Speaking after Rajasthan confirmed their place in the IPL 2022 final, RR captain Samson asserted that the team was confident of bouncing back after the reverse against the Gujarat Titans (GT)

At the post-match conference, he commented, “It was tough (after a loss in the last game), but we are used to bouncing back in the tournament. In IPL it's very normal that you go ups and downs throughout the tournament. We lost a few games, we knew how to come back and we did really well.”

On the wicket, he added, “The wicket was a bit sticky and was helping the fast bowlers a bit, it had really good bounce and was easier playing the spinners.”