A Whirlwind Guide to International Cricket in 2019

It's safe to say 2019 has been an exceptional year for cricket. The status of the world’s most beloved summer sport reached new heights this year thanks to some unforgettable events showcasing the game’s excitement and skill.

During the cricket season of 2019, a total of 11 Test matches, 87 One Day Internationals and 239 Twenty20 Internationals were played across both the men’s and women’s categories respectively.

With so many tournaments, games and test happening in the summer, people were keeping up with the latest cricket news more than ever, but if you somehow managed to miss any of the major events this past summer then consider this a comprehensive summary of why 2019 was one of the best years for cricket in recent memory. 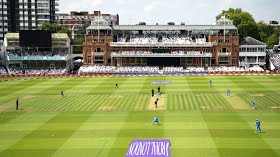 Held in England and running from May 30th to July 14th, the biggest one-day international tournament in the cricketing world was a successful campaign for the home nation.

The final game, held at Lord’s in London, was a magnificent game of cricket the likes of which the world had never seen until that point. Tying the game at 241 runs each, the match went to a single ‘Super Over’ where England managed to hold their nerve to win by boundary count. It was the first time this has happened in the history of the sport, and had even many loyal cricket fans searching online for the Super Over rules.

Amazingly, the ICC has since changed the rules regarding one-day test matches so a team will never win by boundary count again, meaning England will forever be the only team to win this way. Ben Stokes was named player of the match after scoring 84 runs and ensuring the game went to the Super Over.

The game was the biggest in the sport’s history, accumulating a massive 1.6 billion worldwide viewership.

The Ashes marked the first of the ICC's inaugural World Test Championship that will run until July 2021.

The second major tournament held in England this past summer, the 71st Ashes test was this time a victory for the tourers Australia who retained the famous Ashes ‘urn’ after the winning the fourth test match. Despite the loss of the test, the series went onto be tied after England won the fifth test match.

A worthy note to take from the Ashes was the third test match, in which England became the first team since 1887 to be bowled out for less than 70 in their first innings and still go on to win the match.

Here’s a quick round-up of the other cricket results to keep you in the know:

● The Netherlands, Papua New Guinea, Ireland, Namibia, Scotland and Oman were the top 6 placed nations in the 2019 ICC Men's T20 World Cup Qualifier in the United Arab Emirates, meaning they will compete with nations such as India, Australia and England next year in the 2020 T20 World Cup.

● In the women’s 2019 ICC T20 World Cup Qualifier, Bangladesh and Thailand were the two nation teams to come out on top at the qualifiers held in Scotland, so they will compete in the women’s T20 tournament next year.