India trounced Sri Lanka 2-1 in the three-match T20 series, which concluded on Sunday with India’s victory at Vizag. Here’s a look at the top performers in the series

India trounced Sri Lanka 2-1 in the three-match T20 series, which concluded on Sunday with India’s victory at Vizag. Here’s a look at the top performers in the series. 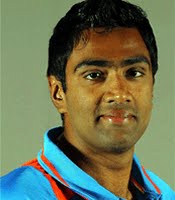 Ravichandran Ashwin: The Indian off-spinner was clearly the standout performer in the series. He claimed nine wickets in three games at a spectacular average of 3.88, a brilliant economy rate of 3.18 and superb strike rate of 7.3. Ashwin’s best performance came in the decider, when he claimed 4 for 8. In the previous two matches as well he impressed with figures of 3/14 and 2/13. In the first match, he also chipped in with the bat, remaining unbeaten on 31. Ashwin conceded only 35 runs in a total of 11 overs he sent down during the series.

Shikhar Dhawan: The Indian opener was in good hitting form during the last two matches of the series. He finished the series with 106 runs at an average of 53, at a strike rate of 126.19 with one fifty. After falling for only 9 in the first game, playing a terrible stroke, Dhawan responded with a smashing 51 from 25 balls at Ranchi. He was the man of the match in that game. In the decider, the left-hander eased his way to an unbeaten 46 as India claimed the series. Dhawan faced only 84 balls for his 106 runs in the series, hitting 12 fours and four sixes.

Ashish Nehra: The veteran left-arm seamer had an impressive series, much better than his performance during the T20s in Australia, which marked his international comeback. He bowled a total of eight overs, and claimed five wickets at an average of 12.80, and a strike rate of 9.6. Nehra’s economy rate though was on the higher side, with 8. He claimed 2 for 21 at Pune, 2 for 26 at Ranchi and 1 for 17 at Vizag. Nehra has taken one step further to securing his place for the World T20.

Dushmatha Chameera: The Sri Lankan fast bowler had another impressive series. He troubled the batsmen with his pace and variations. Chameera finished the series with five wickets at an average of 13.20, and a strike rate of 11.8. Chameera’s economy rate was also decent at 6.71. Chameera’s figures in the series were 2/14, 2/38 and 1 for 14. He is clearly one for the future of Lankan cricket.

Jasprit Bumrah: The Indian pacer did not have a lot to do in the series, but whenever given an opportunity, he remained impressive. Bumrah claimed three wickets in 10 overs at an average of 15.33, an excellent economy rate of 4.60 and a strike rate of 20. Bumrah took 2 for 17 at Ranchi, and finished off with 1 for 10 at Vizag. His yorkers continued to trouble the batsmen, and Burmah has been a definite positive for India ever since he emerged on to the international scene in Australia.