The Lucknow Super Giants (LSG) will take on the Royal Challengers Bangalore (RCB) in the Indian Premier League (IPL) 2022 Eliminator at the Eden Gardens in Kolkata on Wednesday, May 25. There will be no second chance for the losing side as they will be eliminated from the competition. The winning team will meet the Rajasthan Royals (RR) in Qualifier 2 in the battle for a place in the final.

LSG finished third in the points table after the league stage with nine wins and five losses after 14 matches. He ended equal on points with RR. However, they failed to secure a Top 2 finish owing to an inferior net run rate. RCB sneaked into the Top 4 thanks to the Mumbai Indians (MI), who beat the Delhi Capitals (DC) and knocked out Rishabh Pant and co.

After two losses, Lucknow ended their IPL 2022 league campaign with a much-needed victory against the Kolkata Knight Riders (KKR) in a high-scoring encounter. Quinton de Kock hammered an unbeaten 140 in spectacular fashion while KL Rahul supported him with an unbeaten 68. 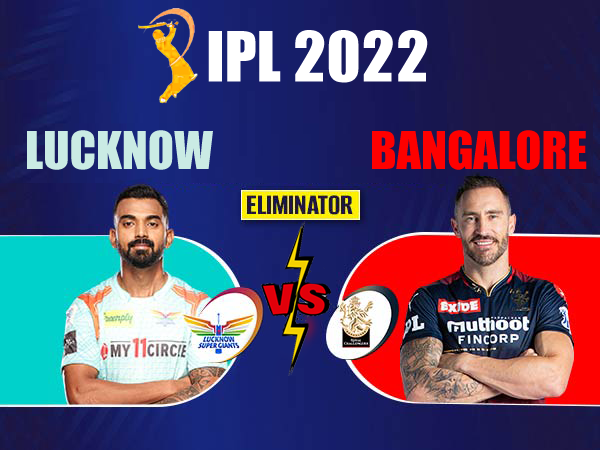 The other batters did not get a chance, which might backfire on the big day. Their bowling also was taken to the cleaners as KKR ended on 208 for 8. Except Mohsin Khan and a calm Marcus Stoinis, all the other bowlers went for plenty.

RCB have had an up and down tournament but they will go into the Eliminator high on confidence. Virat Kohli played exactly the kind of knock expected of him against GT, scoring 73 in 54 balls. Faf du Plessis and Glenn Maxwell also got some crucial runs.

Earlier, Josh Hazlewood, Wanindu Hasranga and even Maxwell kept things tight with the ball. The form of Mohammed Siraj, who was dropped from the last game, is a concern. Their fifth bowler is also an issue with Shahbaz Ahmed not impressing that much.