England give solid reply to SA's 419 on truncated Day 2

Bad light and rain brought an abrupt end to the proceedings on Day 2 in the Headingley Test with England off to a solid start in reply to South Africa’s 419. England were well placed at 48 for no loss after surviving 18 overs before play was suspended due to bad light.

Update at Stumps on Day 2: Bad light and rain brought an abrupt end to the proceedings on Day 2 in the Headingley Test with England off to a solid start in reply to South Africa’s 419. England were well placed at 48 for no loss after surviving 18 overs before play was suspended due to bad light.

Skipper Andrew Strauss with 19* (from 57 balls) and Alastair Cook with 20* (from 53 balls) could see through the final session with the South African wasting the new ball, in particular Morne Morkel, who couldn’t get his radar right. England will have their task cut out tomorrow as the pitch at Headingley has been offering enough encouragement for seam bowlers. 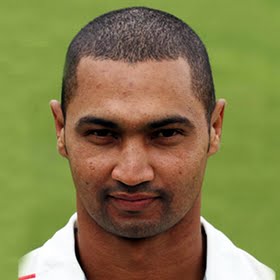 Update at Tea on Day 2: South Africa have been bowled out for a good total of 419 by Tea on Day 2. The visitors will be happy with their efforts as the pitch has been consistently offering assistance to seam bowling.

The afternoon session saw an early wicket of Alviro Petersen (182 from 365 balls with 23 fours) going down after the DRS had overruled a caught behind decision. Petersen was dismissed after he got a bat pad inside edge to the keeper off Stuart Broad. England got their next wicket when all-rounder Vernon Philander (13) was caught pulling Steven Finn to deep squareleg.

The Proteas got a useful stand of 39 for the 9th wicket between JP Duminy and Morne Morkel (19) which took the total past 400. Morkel got out slapping a short of length ball from Broad to mid off. The last wicket to fall was that of Imran Tahir (0) as he edged a short of length ball from Anderson to second slip. Duminy remained unbeaten with 48 (from 94 balls with 6 fours).

Update at Lunch on Day 2: South Africa battled hard to reach 336 for 6 in 115 overs by lunch on Day 2 at an overcast Headingley. Opener Alviro Petersen played and missed plenty of magic deliveries but managed to bat out a fourth session in a row. He moved onto 170* from 345 balls with 21 fours. Giving him company is JP Duminy, who is on 10*.

The hosts lost only one wicket in the morning session with Jacques Rudolph (19 from 74 balls) getting stumped by Prior off Kevin Pietersen’s bowling. Rudolph had his backfoot on the line when he lunged forward in defence and got beaten by the turn. Rudolph had put up a crucial stand of 59 with Petersen which defied the English bowlers from cleaning up the South African innings.