Pakistan Cricket Board today announced their squads for T20Is and ODIs to be played in the West Indies this month. Veteran all-rounder Shahid Afridi and busy middle order batsman Umar Akmal have been recalled to the Pakistani team.

Pakistan Cricket Board today announced their squads for T20Is and ODIs to be played in the West Indies this month. Veteran all-rounder Shahid Afridi and busy middle order batsman Umar Akmal have been recalled to the Pakistani team. The Selectors have axed the veteran duo of Wicket Keeper Kamran Akmal and Shoaib Malik. 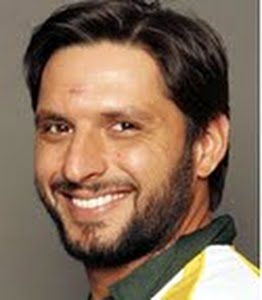 Interestingly Umar Akmal has been picked as a Wicket Keeper batsman although he is no specialist when it comes behind the wickets unlike his older brother Kamran. Pakistan have a back up Wicket Keeper in the 21-year-old Mohammad Rizwan who is yet to play any international cricket.

Apart from the duo of Afridi and Umar Akmal, young batsman Ahmed Shehzad has also been given a recall in the two squads. Pakistan has given an opportunity for first-class veteran Zulfiqar Babar in the T20 squad. The 34-year-old Babar is a left-arm spinner who is credited to have taken all ten wickets in an innings in a first class match in Pakistan.

Pakistan plays 5 ODIs followed up by 2 T20Is in the Caribbean with the opening ODI to be played on the 14th of this month.