Ample reasons for the BCCI to scrap the IPL

Thursday morning was a shocker for Indian crickets fans as three IPL cricketers, including one who has played for India, arrested for their role in spot-fixing. The three Rajasthan Royals players – S. Sreesanth, Ajit Chandila and Ankeet Chavan – for sure must be banned

Thursday morning was a shocker for Indian crickets fans as three IPL cricketers, including one who has played for India, arrested for their role in spot-fixing. The three Rajasthan Royals players – S. Sreesanth, Ajit Chandila and Ankeet Chavan – for sure must be banned, but isn’t the latest controversy reason enough for the Indian Premier League, which is a den of corruption, to also be stopped forever? After all, this is not the first major discrepancy to hit the domestic T20 league. Here’s a closer look at issues that have dogged the IPL over the years, following which a ban on the controversial tournament only seems logical. But that’s a call the BCCI has to take, and we probably know what will happen! 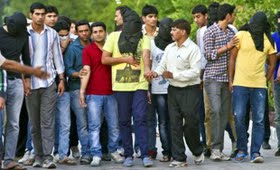 The latest controversy: The arrest of Sreesanth, Chandila and Chavan by the Delhi Police has been for allegedly taking money in exchange for spot-fixing during this year’s IPL. The cops suspect two or three matches in which this trio has allegedly underperformed for money. Of course, the players were promised handsome sums for the same, but it, in no way, justifies the unsporting act they have been involved in.

2012: Last year was an equally shocking season for the IPL. As many as five players were banned from the league after they were found guilty of spot-fixing. Medium pacer T P Sudhindra from Deccan Chargers was banned for life. Further, Shalabh Srivastava was banned for five years while little-known names like Mohnish Mishra, Amit Yadav and Abhinav Bali were handed a year’s ban each. Spot-fixing wasn’t the only thing that affected IPL 2012. Pune Warriors’players Rahul Sharma and Wayne Parnell were caught at a rave party in Mumbai. A drug test on them also turned out to be positive. Further, a player from RCB, Luke Pomersbach, was held by the police after a woman alleged harassment. The matter was later settled out of court. Last but not the least, Deccan Chargers’ contract was scrapped over non-payment of dues.

2011: This edition saw Manish Pandey being banned by IPL governing Council for a few matches for dealing with franchises in an unauthorised manner. Also, just like Deccan Chargers later, Kochi Tuskers Kerala were thrown out of the IPL over failure to pay the franchise fee. Discrepancies were also found in the manner in which the owners of the franchise operated.

2010: With stories of corruption floating all around the league, the BCCI did away with Lalit Modi, then IPL commissioner, charging him with misappropriation of funds. All along it seemed there was plenty wrong with the IPL, and this development substantiated the claims.

2009: The second edition was shifted to South Africa owing to the general elections back in India, and this is where serious trouble began for the league. Reports of foreign exchange violations figured prominently, which made more news that the tournament itself.

2008: The man currently in the centre of the storm started it all. Sreesanth was allegedly slapped by Harbhajan Singh after a game in which they were opponents. The seeds of division within the Indian team had been sowed.

--By An IPL Hater