Former India leg spinner Anil Kumble has backed Virat Kohli’s thoughts of having five centers for Test matches in an endeavor to try and bring crowds back to the stadium. Kumble feels BCCI should go traditional again, like in the 80s and 90s, when New Year Tests were held in Kolkata and matches were held in Chennai during Pongal

Following the Ranchi Test between India and South Africa, which saw poor spectator turnout, Kohli had suggested that India must stick to five-Test centers for future series’, much like how Australia and England do. 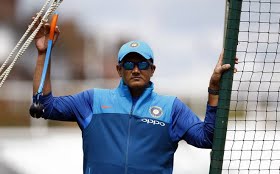 “I think it is important for Test cricket to promote these centers where people would know that these are the centers where you are going to play Test match cricket in prior to the start of the season so that you can market Test cricket and you can make sure that the crowd come in,” Kumble said.

“When I was the coach, I think we played in six different centers, they were all new centers and the one center it was packed was Indore. And the atmosphere was brilliant, it is in the heart of the city that was one of the reasons that the crowd could come in irrespective of the time of the day,” Kumble further added.

Kumble, who is the most successful Indian bowler in international cricket, also supported the idea of day-night Tests. “I think day-night Test cricket will certainly bring in the crowds towards the latter half of that game,” Kumble stated.

Kumble also went on to add that he isn’t surprised with India’s dominance in world cricket of late. “Yes, I believe so and even three years ago when I was the coach, I did mention that this team certainly has everything in them to dominate world cricket and that is exactly what they have done and it is not just about the playing eleven, it is also the bench strength,” the former spinner explained.