Today, former Pakistan leg spinner Mushtaq Ahmed turns 42. Ahmed had a distinguished international career, claiming 185 Test scalps and 161 wickets in ODIs. But for the vagaries of the Pakistan Cricket Board (PCB), Ahmed would have gone on to play longer for the national side. Still, he was one of the key players during Pakistan’s victorious campaign in the 1992 World Cup, and will be remembered for the same. Ahmed’s success in the tournament proved that a leg spinner is extremely critical to a team’s fortune. Here’s a look at some other leg spinners, who have had an influential impact on the game. 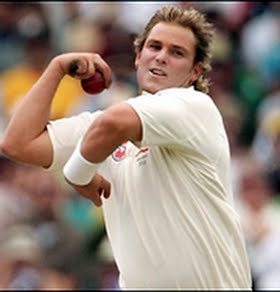 Shane Warne: The Aussie doesn’t need an introduction. He is the best leg spinner to have graced the game, and his record speaks for itself -- 708 wickets in Tests and 293 in ODIs. Warne’s contribution to the game, however, goes beyond just the magnificent figures. He is one credited with reviving the dying art of leg spin in the 90’s. Except for India, Warne possesses a magnificent Test record against every Test playing nation. He was also instrumental in the team’s come-from-behind win in the 1999 World Cup. There were few better sights in world cricket that watching Warne in his elements.

Anil Kumble: The humble man from Bangalore was not destined for greatness, but worked his way towards it with oodles of hard work and dedication. When Kumble hung up his boots, he had to his credit 619 Test wickets and 337 in one-dayers, among the top ten wicket-keepers in both formats of the game. Flight and loop wasn’t Kumble’s forte, but he made up for it with his nagging accuracy. In his later years, he was equally competent at home and away, transforming him into a complete bowler. Still, history would always remember him as only the second bowler to take all ten wickets in an innings.

Abdul Qadir: Sachin Tendulkar may have hit him for six fours in an over in an exhibition match, but Abdul Qadir was undoubtedly the best leg spinner Pakistan produced. Having made his debut against England in 1977, Qadir went on to represent his country in 67 Tests during which he claimed 236 wickets. He also ended with 132 ODI wickets in his kitty. Variety was the key to Qadir’s success. It was said he could bowl six different deliveries in an over. In the pre-Shane Warne era, Qadir almost single-handedly kept the tradition of leg spin alive. His finest moment came against England at Lahore in 1987, when he bamboozled the hapless Englishmen with figures of 9 wickets for 56.

Bhagwath Chandrasekhar: In a sense, Kumble was the successor to Chandrasekhar. Chandra, as he was lovingly called, was part of Indian cricket’s golden era, when spin was the dominant force in the team. His googly and flipper were unplayable if he got them right. Even with a polio-affected left hand, he managed to deliver astonishing results. His 242 wickets featured India’s first Test series win in England and their first even win in Australia, Chandra starring in both.