Asia Cup 2022: He gets a fifty in the very first game, mouths will be shut - Ravi Shastri on Virat Kohli

Former India coach Ravi Shastri has stated that if Virat Kohli scores a half-century in the first match of the Asia Cup, which will be against Pakistan, “mouths will be shut”. Kohli has been facing a lot of criticism over his poor form lately. He has gone over 1000 days without a hundred and had a poor tour of England in all three formats. He was rested for the West Indies as well as Zimbabwe tour.

Speaking to Star Sports, Shastri asserted that Kohli should come back calmer since he has been away from the game for a while. On the 33-year-old’s struggles, he commented, “He will come back with a calmer mind because the heat is off. You have been away. Now, what you do will get the tone. He gets a fifty in the very first game, mouths will be shut for the rest of the tournament. What’s happened in the past is history. Remember, public memory is very short. So it works both ways. His opportunity here is to get that calmness and then take it one day at a time.” 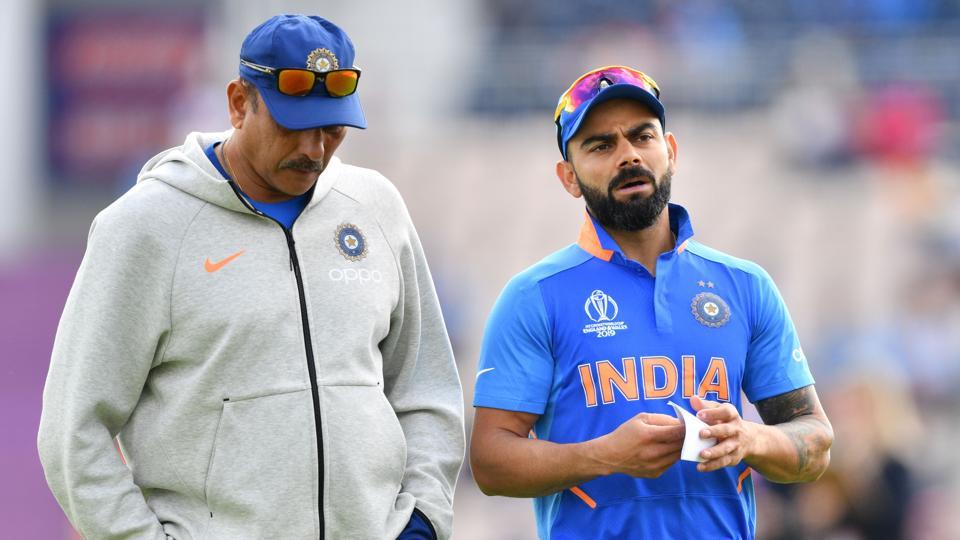 On Team India’s aggressive approach in recent T20 games, Shastri stated that the Men in Blue must stick to it even if they end up losing a few games. He emphasized, “They should not change the approach (they have shown of late). Even when I was a coach we discussed we were a bit timid at the top considering the players we had down the order.

“It is the right approach. You will lose a few games in between but if you start winning with this approach you can take that confidence in big games and use the same tactics,” Shastri added.

The 60-year-old backed both Kohli and K L Rahul, who recently returned to international cricket after injury, to match the young guns when it comes to batting aggressively. He explained, “Why not? They are very experienced players. They have played enough IPL and T20s and it should not be tough for them to adjust. With Rishabh, Hardik, Jadeja there is enough depth in the middle and lower order to get the innings back on track if the top order falls cheaply.”

Former Pakistan captain Wasim Akram also backed Kohli to overcome his poor run. He opined that the harsh criticism from fans was unwarranted. During the same discussion, he commented, “The criticism from Indian fans against Kohli has been unnecessary. He is one of the greatest of all time, not just in this era. He still fit as a fiddle. He is still one of the best fielders in the Indian squad.

“As they say class is forever and that is Virat Kohli. Hope he doesn’t come back to form against Pakistan but he will come back eventually,” added Akram.

India and Pakistan will kick-off their Asia Cup campaign by taking on each other in Dubai on August 28.