Unlike what was expected, the World T20 in Sri Lanka did not spring up any surprise packages, i.e. talented but inexperienced players making their mark. On the contrary, it were the old hands who delivered for their respective sides, which reiterated that experience is invaluable irrespective of the game’s format.

Unlike what was expected, the World T20 in Sri Lanka did not spring up any surprise packages, i.e. talented but inexperienced players making their mark. On the contrary, it were the old hands who delivered for their respective sides, which reiterated that experience is invaluable irrespective of the game’s format. And so, as the Caribbean island basks in the glory of their long-overdue World Cup triumph, we look back at some of the playerswho made the tournament rather memorable with their scintillating performances. 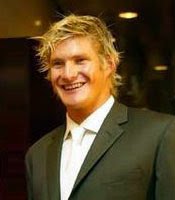 Shane Watson: For a man who scored 249 runs and grabbed 11 wickets in six matches, a performance which included four back-to-back Man of the Match-winning efforts, the Aussie all-rounder deserved to be a World Cup winner. How, that’s the way the game goes; the best player doesn’t always belong to the best team. In the two matches, against Pakistan and West Indies, were Watson failed, Australia ended up on the losing side, proving how heavily reliant they were on Watson. In hindsight, the Aussies were lucky that Watson was in such imperious form, else they might not have progressed as far as they did. 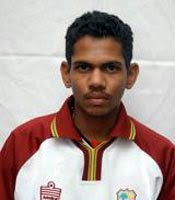 Sunil Narine: For West Indies to do well, Narine’s performance was going to be key. He did not end up as the tournament’s leading wicket-taker, but was threatening throughout the event, and troubled most opponents. His figures speak for themselves -- nine wickets at an average of just 15.44, and economy rate below six. He was superb in the final, ending with figures of 3 for 9. West Indies couldn’t have asked for much more from their premier spinner.

Mahela Jayawardene: The former Sri Lankan skipper, who stepped down immediately after his team’s defeat in the final, was his side’s most consistent batsman throughout the tournament. Even though he registered only one half-century in seven games, Jayawardene got the side off to positive starts in almost every match even as his opening partner Tillakaratne Dilshan had a mixed series. His knock in the semi-finals against Pakistan, when the pitching was turning from the first over, was a tutorial in playing slow bowling. With 243 runs, Jayawardene ended up as the second highest run scorer in the tournament.

Ajantha Mendis: The return to magical form ofthe Lankanspinner would be one of this reasons this World T20 would be remembered for. Mendis kicked off the series by mesmerising the Zimbabweans, and ended it by spinning a web around the clueless West Indians. In between, he continued to be steady, and picked wickets at will. With 15 wickets at an average of under 10 and economy of a shade over six, Mendis was truly brilliance personified. 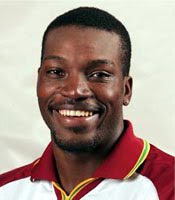 Chris Gayle: West Indies triumphing in a World Cup without a significant contribution from the maverick is almost unimaginable. The explosive left-hander wasn’t in his elements in the final. However, it was his knock in the semis against Australia that gave Windies that unassailable feel. Gayle ended the tournament with an impressive tally of 222 runs, but it was his strike rate that was amazing – 150. When Gayle returned to side, the West Indians would have hoped the team’s fortunes would improve, but one wonders whether they would have dreamt of a World T20 triumph! What a fairy tale comeback.