Qualifier 2: Men who could make the difference

The game between Rajasthan Royals and Mumbai Indians on Friday will decide who takes on Chennai Super Kings on Sunday in the final at the Eden Gardens. For most part of the tournament, both these sides contesting for a place in the mega clash have thrived on home advantage.

The game between Rajasthan Royals and Mumbai Indians on Friday will decide who takes on Chennai Super Kings on Sunday in the final at the Eden Gardens. For most part of the tournament, both these sides contesting for a place in the mega clash have thrived on home advantage. But, since Friday’s qualifier will be held at a neutral venue, the ability of both squads will be tested to be hilt. In the lead up to the big match, we earmark players from either side who, we believe, could make a significant difference to the fortunes of their respective teams.

Dwayne Smith: You may argue that another West Indian in the Mumbai outfit, Kieron Pollard, is a more dangerous proposition. However, this season, Smith has proved to be more destructive and, significantly, has displayed better consistency. His swashbuckling knocks at the top of the order have gone a long way in Mumbai reaching thus far. Having smashed 352 runs in 11 games, Mumbai would be keen for another big effort from Smith. 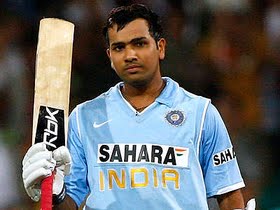 Rohit Sharma: Even since he has taken over the captaincy from Ricky Ponting, Sharma has been exceptional with the bat. He has played more than one game-turning innings, which has been instrumental in Mumbai recovering after an indifferent start to the season. There is no reason why he cannot come up with another sizzling knock against Rajasthan. With 534 runs in 17 games, Sharma has been Mumbai’s lynchpin.

Mitchell Johnson: The left-arm seamer from Australia may have been thrashed all around in the first qualifier against Chennai Super Kings, but it is also a fact that Johnson has been Mumbai’s most effective bowler this season. His variations and changes of pace have been difficult to pick up. Johnson would be hoping to add to his tally of 22 scalps.

Shane Watson: The burly Aussie all-rounder has had a mixed season. But, it goes without saying that on his day he can be a match-winner, especially with the bat. If Watson gets it right with the willow against Mumbai, he can put the bowlers under severe pressure. He is also very useful with the ball in hand. Watson has so far blasted 537 runs in 15 games and has also grabbed 12 wickets. A big all-round effort from him could be the major difference between the two sides.

Sanju Samson: An off-beat choice, but the youngster has showed in the opportunities that he has been provided with that he can maintain his calm under pressure. This quality of his had stood out in a couple of league matches. If Rajasthan get into a tight spot against Mumbai, he could be the man to bail them out of trouble. Samson has managed 264 runs in 15 games, and most of them have been precious for Rajasthan.

James Faulkner: The left-arm seamer has been the find of the season for Rajasthan. Whether it is opening the bowling or coming in at the slog overs, Faulkner has made an impact on most occasions with his accurate bowling. He has grabbed 27 wickets in 15 games, and Rajasthan would want Faulkner to come up with another big effort on big Friday.