When India take on Bangladesh in the second semi-final on Thursday, it will be Yuvraj Singh's 300th ODI.

When India take on Bangladesh in the second semi-final on Thursday, it will be Yuvraj Singh's 300th ODI. The achievement seemed far-fetched following the cricketer's battle with cancer.

“At one stage I was thinking if I was going to play another game; so yeah, I’ve come a long way,” the 35-year-old recalled ahead of the big game.

“It’s a big achievement for me; it’s a huge honour. When I started playing, I was just happy to play one game for India. There have been ups and downs, and there is much I’ve been through, and still managed to get to 300,” Yuvraj added. 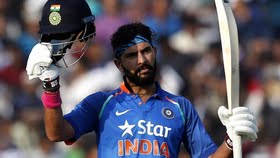 The achievement is phenomenal in the sense that only four other Indians have played 300 games -- Sachin Tendulkar, Rahul Dravid, Mohammad Azharuddin and Sourav Ganguly.

“My biggest quality would be never to give up, keep pushing no matter what obstacles come in life. That’s what I can tell the younger guys: never back down. Keep on working the same way whether you are having a good time or a bad time. Be consistent and be persistent,” he added.

“I’d like to be seen as a fighter. A lot of people can actually get inspired, not to give up. Cancer is something which I talk about a lot. A lot of people think there’s stigma with cancer. So I can motivate a lot of people to come out of it, and to come back to where they belong,” the southpaw explained.

Asked about his top three knocks, he replied, ‘Definitely, the 2011 World Cup quarterfinal against Australia; then my debut innings against Australia, and then the Natwest Trophy final in 2002.”