Proteas demolish Sri Lanka for 43 for a massive win in Paarl ODI!

Sri Lanka have been demolished for an embarrassing 43 all out in 20.1 overs in the First ODI at the Boland Park in Paarl! South Africa having bowled out the Lankans for what is the fourth lowest ever total in ODI history have won this opening ODI by a massive margin of 258 runs. It was also the lowest ever total in an ODI by the Sri Lankans who found the pace and bounce from Morne Morkel and Lonwabo Tsotsobe too hot to handle. Just the one batsman in Kosala Kulasekara managed to get a double digit score while they were as many as four ducks in the Sri Lankan innings!

The visitors lost a wicket in the form of Upul Tharanga (0) in the second ball of the innings when his square drive off Morne Morkel was caught brilliantly at gully by Duminy. Next to depart was Skipper Dilshan (0) who was caught behind off an inside edge from a short delivery bowled by left-armer Lonwabo Tsotsobe in the second over. Tsotsobe then got one to swing back to go through the defences of Dinesh Chandimal in the 4th over. 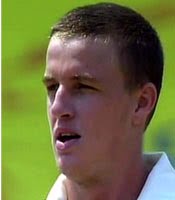 In the 5th over, Kumar Sangakkara fended off a nasty lifter from Morne Morkel to the keeper and two balls later Angelo Mathews (0) tucked a rising delivery awkwardly in the air from the same bowler into the hands of mid wicket to make it 9 for 5! In the 8th over, Mahela Jayawardene played a tame cut off Tsotsobe to get caught at point. Dale Steyn joined the party by bouncing out Nuwan Kulasekara in the 11th over.

The lone spinner from South Africa – Robin Peterson had fun taking two cheap wickets to wrap up the match in the 21st over. The top scorer of the sorry Sri Lankan innings was Kosala Kulasekara who lasted 46 balls for his 19. Morne Morkel with his destructive 4 for 10 in 6 overs got the Man of the Match award ahead of centurion Hashim Amla.

A fine spell from Lasith Malinga in the death strangled the Proteas as they could only finish up with 301 for 8 on what looks like a slow paced flat pitch at the Boland Park in Paarl. South Africa’s total was built on opener Hashim Amla’s 9th ODI century. Amla scored 112 from 128 balls with 8 fours before he edged a cut shot off Malinga to the keeper. Malinga picked up a superb 5th five-wicket haul of his ODI Career to put the brakes in the South African innings.

Hashim Amla laid the foundation for the Proteas first with a 144-run stand with Jacques Kallis (72 from 80 balls with 6 fours and a six) for the second wicket. Kallis got run out through a direct hit in the 29th over when he was called for a non-existent single towards covers by Amla. The next batsman – AB deVilliers, SA’s new ODI Captain played a breezy knock to put up 91 runs for the 3rd wicket with Amla. AB de Villiers eased his way to 52 from 40 balls with 7 fours before he got cleaned up by a Nuwan Kulkasekara yorker.
Albie Morkel promoted up in the batting order chipped in with 25 from 17 balls which included a couple of sixes to give a good start for the Proteas in the final overs. However, Lasith Malinga turned things around with two consecutive wickets in the 46th over. SA after that could barely get any big shots coming with Malinga adding two more wickets to restrict them to 301 for 8.

Update at First Drinks Break : South Africa are at a solid 76 for 1 in 16 overs at drinks in the First ODI at Paarl. Hashim Amla (19* from 35 balls) is at the crease with Jacques Kallis who is on 44* from 53 balls with three fours and a six. The only wicket to fall so far has been that of Graeme Smith (6) who was caught behind edging a rising delivery from Malinga to the diving keeper in the 3rd over.

South Africa have won the toss and elected to bat first in the First ODI against Sri Lanka at the Boland Park in Paarl on what is expected to be a sunny day. AB de Villiers is going to lead South Africa for the first time in a full series. The Proteas bring in al-rounder AlbieMorkel into the playing XI with Dean Elgar getting injured ahead of the series. Sri Lanka have been strengthened with the inclusion of Nuwan Kulasekara and Lasith Malinga.